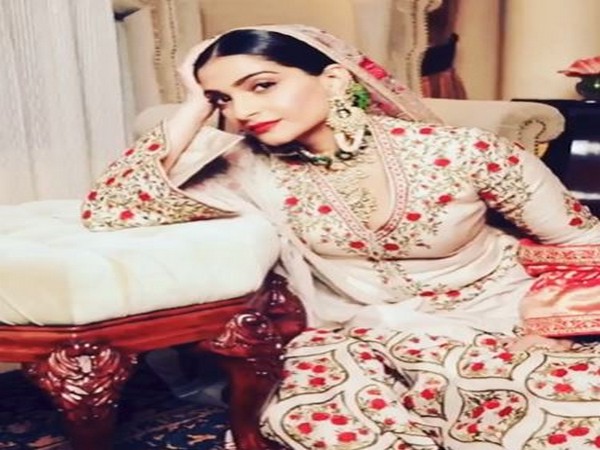 New Delhi [India], Jan 16 (ANI): Actor Sonam Kapoor on Thursday was seen having her ‘Mughal-E-Azam’ moment.
The 34-year-old actor took to Instagram to share the video in which she is seen pulling of Anarkali wearing a golden and red-coloured lehenga paired with royal antique jewelry.
The actor quoted dialogue from the old classic film in the caption and wrote, “Taaj un saro par nahi rehta jinke kareeb khauf aajaye| Mughal-E-Azam.”
Besides her ensemble, the actor’s expressions too were top-notch as she was seen wearing a sly smile.
Earlier in the day, Kapoor alleged that she had the “scariest” experience while traveling in an Uber taxi in the city of London. (ANI)