Varun poses with his doggos, gets cute reactions from celebs 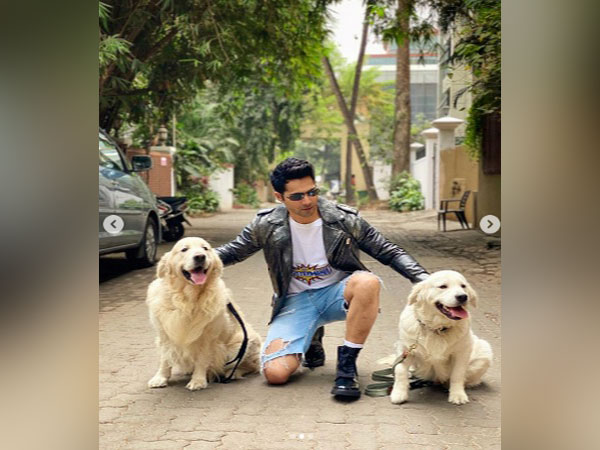 Mumbai [India], Jan 14 (ANI): Varun Dhawan started his Tuesday with an adorable series of pictures on Instagram with his two pet pooches.
The actor was posing with his dogs as they effortlessly looked cute and cuddly.
In the photos, the actor donned a pair of ripped half-length jeans, white graphic t-shirt and a leather jacket. Reacting to the post, Anushka Sharma humorously said, “Are these doggos guilty of biting off your jeans?” while Rhea Kapoor replied, “How would you have me react @varundvn.”
The post has already pulled over 6 lakh likes and innumerable awed comments from his fans and Instagram followers.
Varun is busy promoting his upcoming release ‘Street Dancer 3D’. ‘Mr Lele’, where the actor will be seen playing a comic role, is also set to be released soon. (ANI)

Comfortable with opting out of IPL this year, says Mitchell Starc

230 mm rainfall recorded in Mumbai in 10 hrs, more rain in next 3 hours

Comfortable with opting out of IPL this year, says Mitchell Starc

‘Guilty will be caught’: JDU leader thanks Nitish Kumar for recommending…

Bhoomi-pujan should be an occasion for spreading Lord Ram’s messages: Priyanka Gandhi