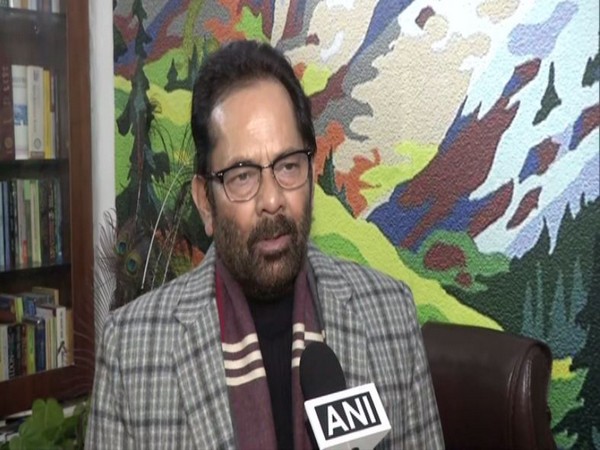 New Delhi [India], Jan 13 (ANI): Union Minister of Minority Affairs Mukhtar Abbas Naqvi will lead a delegation of Indian government officials to Muscat on Tuesday to pay India’s condolences over the demise of Oman’s Sultan Qaboos bin Said al Said, the Ministry of External Affairs (MEA) said on Monday.
India is observing a day of state mourning today as a mark of respect to Qaboos, one of the Middle East’s longest-serving rulers who died on Friday at the age of 79.
In a statement, the MEA described Qaboos as a true friend and well-wisher of India in guiding and elevating bilateral engagements between New Delhi and Muscat to the strategic level for the mutual benefit of the people of the two countries.
“The Government of India is observing a day of State mourning on Monday, 13 January 2020 and flags are being flown at half-mast. Shri Mukhtar Abbas Naqvi, Hon’ble Minister of Minority Affairs is leading the Government of India delegation to Muscat on 14 January 2020 to pay our sincere and heartfelt condolences on behalf of the Government and People of India,” the statement read.
Naqvi will carry a message from Prime Minister Narendra Modi to Sultan Sayyed Haitham bin Tariq bin Taimur Al-Said, who was sworn in a successor of Qaboos. (ANI)

Odisha govt to use drones to spray insecticides to kill locusts

Active duty US military forces deployed in Washington, DC to…