Dwijing Festival’s fourth edition comes to an end in Assam 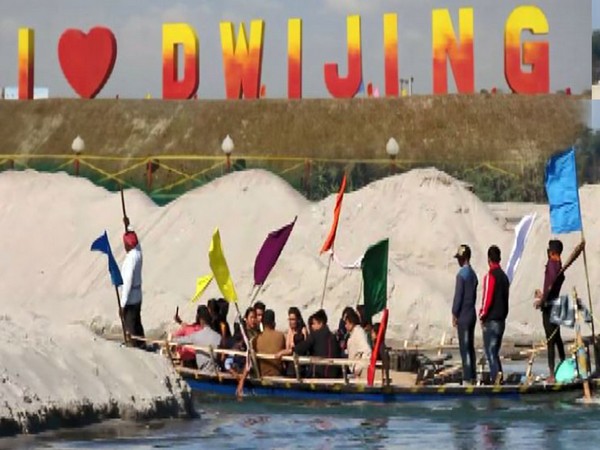 Guwahati (Assam) [India], Jan 9 (ANI): The 12-day-long river festival ‘Dwijing Festival’ in Assam that attracted many tourists winded up its fourth edition at Hagrama Bridge.
Held at the Chirang district of Assam, the weeklong colourful festival showed Assam’s culture with different folk and modern cultural activities.
Considered as one of the biggest river festivals in the northeast region, it is an open platform for the people in the region to earn some money by focusing on rural tourism.
The state Tourism Minister Chandan Brahma who flagged off the cycle rally at Chapaguri said: “The tourist outfall has increased as well as cultural activities and also the adventure tourism.”
“There is also a helicopter ride and many more in today’s festival. There are many other more activities to enjoy the tourist,” he added.
The colourful event which is locally known as ‘Dwijing Festival’ attracted many visitors to the bank of the river Aie.
The organizer of the show Ashok Kumar Brahma said “We are showcasing many things including stalls, adventure sports for children, food, and lifestyle. We have many adventure sports activities too. “
The chief of Bodoland Territorial Council (BTC) Hagrama Mohilary ceremonially inaugurated the main gate of the festival.
In association with Assam Tourism and Bodoland tourism, the festival was organized by the Dwijing festival organizing committee and the chief of Bodoland Territorial Council (BTC) -Hagrama Mohilary inaugurated the main gate of the festival.
“I just had a helicopter ride. I am enjoying here a lot,” a tourist who attended the festival said.
While another added, “We just had a helicopter ride. And we watched a Bollywood show and waiting for the next show.”
The performances by some foreign performers, renowned Bollywood celebrities, and mega-regional artists were among the main highlights of the festival.
A local from the place who was selling cocoon shell added, “This is the cocoon’s shell. Out of these worms, we make wools to weave good clothes. We create colourful and beautiful piece.”
To promote river tourism in Assam, the festival was initiated in 2016 under the name ‘Aie River Winter Festival’ which later changed to ‘Dwijing’ meaning river bank. (ANI)

Never thought about being a film star: Gosling

SRK in pain, but does ‘garba’ for…