Salma Hayek reveals her unpleasant encounter with a monkey 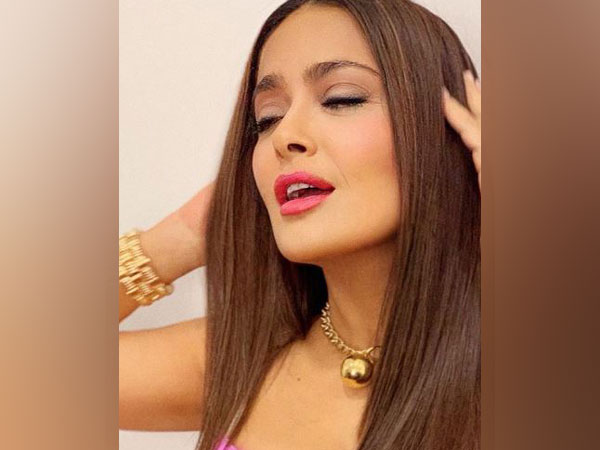 Washington D.C. [USA], Jan 12 (ANI): Salma Hayek recently opened up about a vicious monkey attack she faced back in 2002 while filming for a movie.
As reported by Fox News, the 53-year-old actress told Vogue that she underwent this traumatic experience on the set of her movie ‘Frida’.
Later that year, she had to muster the courage to do a photoshoot with the same monkey.
According to Fox News, Hayek told Vogue that, “this monkey, who was named Tyson, actually attacked me during the filming of ‘Frida,’ and I was really severely injured.”
She further added: “But I was brave enough to let him come back and work again in the movie, and then I still did a photoshoot with him for Vogue afterwards.”
Hayek has somewhat of a love-hate relationship with monkeys as she was gifted two of them in 2015 by Antonio Banderas, who co-starred alongside her in the movie ‘Desperado’.
She revealed her love for her two pet monkeys named Mariachi and Carolina on the Jimmy Kimmel show where she said, “I had fallen in love with these two monkeys that were supposed to be in the movie ‘Desperado’ and then they got cut out.”
“I was spending all my time with them and they were gonna take them away and I was sobbing because they were actually staying with me. I was devastated.”
“The next day was my birthday and he [Banderas] gave me this big box and my monkeys came out of it. He gave me the monkeys… They lived for a long time and very happily.” (ANI)

BCB gets government clearance only for T20I series in Pakistan; no chance of Test cricket

NGT directs Delhi govt, other agencies for enforcement of noise pollution norms at…

Protests erupt in PoK against construction of dams by China

Self-reliance in defence sector is far more crucial than any other field: Rajnath Singh

My father is and always been a fighter, he is slowly responding to medical interventions: Pranab Mukherjee’s son

Don’t need to justify why I’m not in top five:…