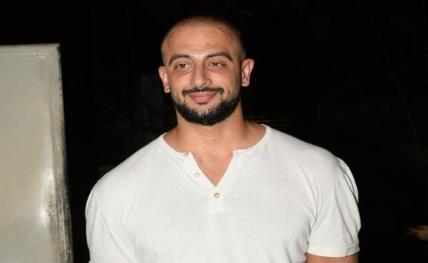 Mumbai, Jan 13 : Actor Arunoday Singh will soon be seen in the web series “Chargesheet: Innocent Or Guilty?”. He says lately he has been offered more exciting parts in web series than in films.

“I’m getting interesting work in the web space, so I am taking it up. If I get a nice part in a film, I will do it too. Honestly, it is not the medium but the part that matters for a performer. It just so happened that web series are happening back to back, but a lot of interesting work is also happening in the film world,” Arunoday told IANS.

“Chargesheet: Innocent Or Guilty?” streams on ZEE5 from January 1. The story revolves around the murder of a champion table tennis player essayed by Shiv Panditt. Produced by Roshan Kanal and Ashoke Pandit and directed by Shashant Shah, the also show features Tridha Choudhury, Hrishita Bhatt, Sikander Kher and Shakti Anand among others.

Talking about his character in the show, Arunoday said: “He is a Rajput from a Royal family. His name is Ranveer Pratap Singh. He is a politician and he is very intelligent and stoic. He is always in control, and even if he is not, he doesn’t let the world know about it. So, it is interesting to see how, he approaches everything that unfolds — the loss, the investigation — when the murder of his friend takes place, and how he handles everything.”

The story highlights a murder mystery and politics. Was it an eye-opener? “I read a lot, especially the newspaper, and so I am well-versed with reality. So there was very little that I read in the script that surprised me. Life is always worse than what we have shown on the show.”

Coming from a political family of Madhya Pradesh, Arunoday has gone to the New York Film Academy and obtained a lot of exposure to the world cinema.

Sharing his childhood memory of watching Hindi films, he said: ” I am not the one who has grown up watching a lot of Bollywood films, really. When I was young, I watched the works of Hrishikesh Mukherjee, Bimal Roy and Guru Dutt. My mother used to watch these film, so I would watch these along with her. After that, I stopped watching Hindi films because I went to boarding school,” mentioned the actor, who appeared in Gurinder Chadha’s “Viceroy’s House”.

“I have worked abroad and now I am working in India. I am an actor and I am ready to go whereever work takes me. I am really the child of the wind,” he signed off.