We will shoot whoever damages public property, like those in UP: WB BJP chief 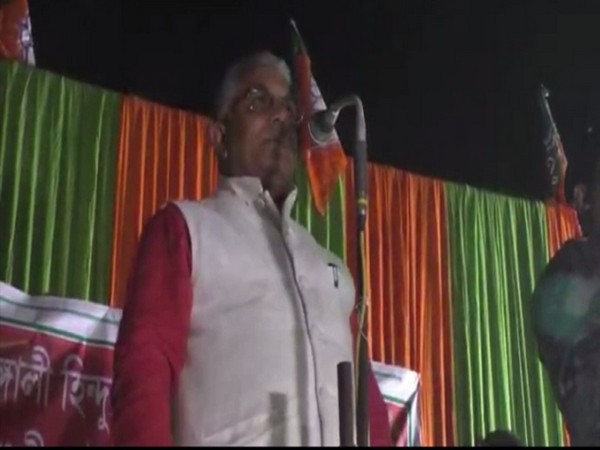 Nadia (West Bengal) [India], Jan 13 (ANI): West Bengal BJP president Dilip Ghosh on Sunday sparked controversy by threatening to shoot down those who damaged public property in the state.
“Uttar Pradesh government had not only booked such people but also lathi-charged and shot them. Similarly, we will also shoot, lathi-charge and book whoever destroys public property in the state,” Ghosh said addressing a public gathering here.
He accused West Bengal Chief Minister Mamata Banerjee for not taking action against those who destroyed public property during violent protests against the Citizenship Amendment Act as “they are her voters”.
The MP from Kharagpur was attending an event in support of the newly amended citizenship law.
“Who do they think the public property that they are destroying belongs to? Their father? Public property belongs to the taxpayers. You (Mamata) do not say anything because they are your voters. In Assam and Uttar Pradesh, our government has shot these people like dogs,” Ghosh said.
“You come here, eat our food, stay here and vandalize public property. Is it your zamindari? We will bash you with lathis, shoot you and put you in jail. Mamata Banerjee has no desire to do anything,” he added. (ANI)

Will be a disaster if Arsenal don’t win league:…