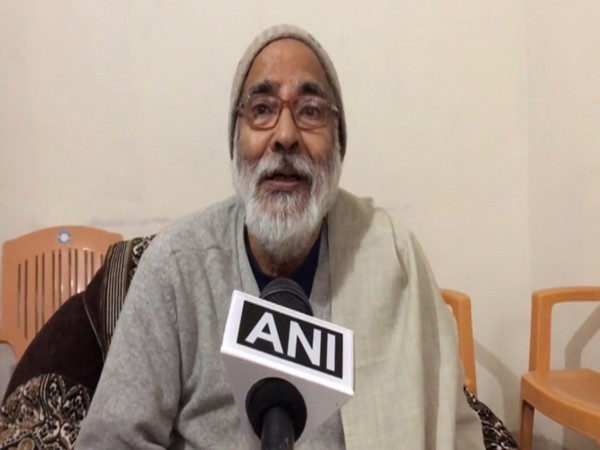 Muzaffarpur (Bihar) [India], Jan 13 (ANI): Indicating a rift within the Rashtriya Janata Dal (RJD), former union minister Raghuvansh Prasad Singh on Sunday wrote to party patriarch Lalu Yadav against the functioning of the state party president.
“Only 250-300 days are left for the assembly elections. However, booth, panchayat, district and state-level committees have not been set up yet. It is clear from the situation in the state and the country that there is no other way but to put up a fight,” Singh said in the letter.
He also questioned why the party was not holding daily press briefings in response to the “abuses hurled at the party by both ruling parties (JD-U and BJP) through the media”.
He suggested that committees at different levels be set up as soon as possible and in-party meetings and discussions be held regularly.
Talking to ANI, Singh said, “Whatever issues I have raised in the letter are for the welfare of the party. This must not be seen as dissent. I wrote the letter to ensure that everything goes well in RJD.”
“We need to unite all the parties against the BJP. The state party president should not give statements that make our allies feel ignored,” he said.
Bihar RJD chief Jagdanand Singh had recently said that party allies can join them in the campaign to defeat the BJP and save the country’s democracy but the party will not wait for anyone.
He also targeted the ruling JD-S and BJP coalition government in the state and said that the public is fed up with them.
“There is inflation in the country with skyrocketing prices of onion and fuel. Corruption is rampant. Education is hampered and there is an issue of farmers’ distress. There is also uproar against the Citizenship Amendment Act, National Register of Citizens and National Population Register. (ANI)