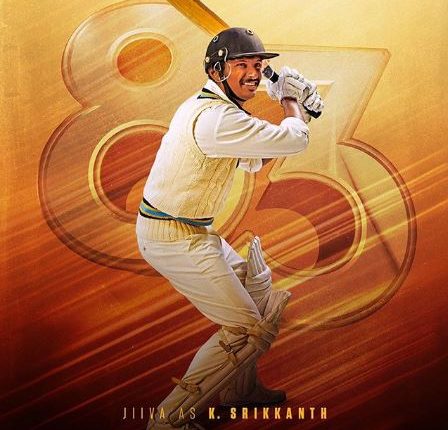 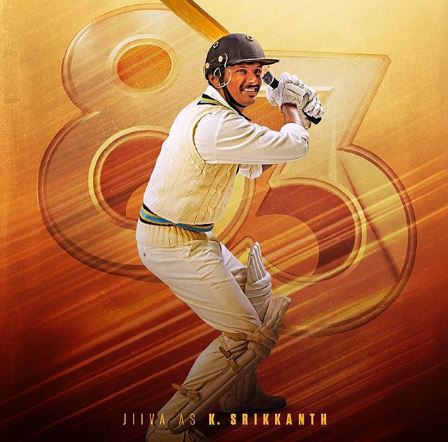 New Delhi [India], Jan 12 (ANI): Adding to the excitement of fans for his upcoming biographical sports drama — ’83’ — Ranveer Singh on Sunday dropped another character poster from the flick featuring Jiiva as Krishnamachari Srikkanth.
The ‘Padmaavat’ actor hopped on to Instagram as he shared the character poster along with a caption that reads: “IT’S CHIKA, MACHA!!! The Swashbuckling South Indian Strokeplay Sensation! Presenting @actorjiiva as #KrishnamachariSrikkanth!” 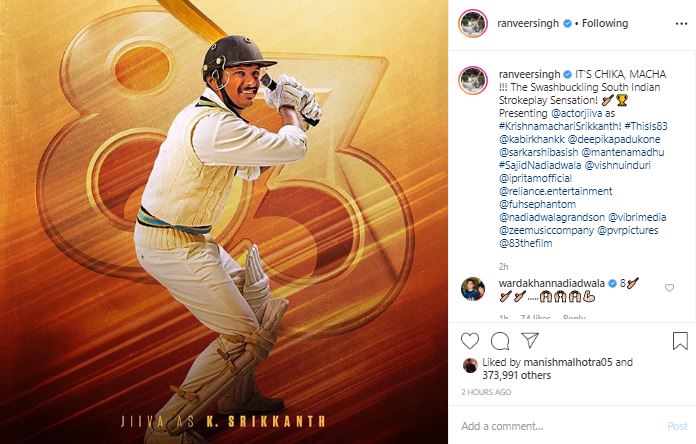 In the character poster, Jiiva can be seen stepping into the shoes of top scorer in the final match of 1983 world cup against West Indies, K Srikkanth. The actor is seen sporting the Indian team sports costume and smiling after he fires a shot.