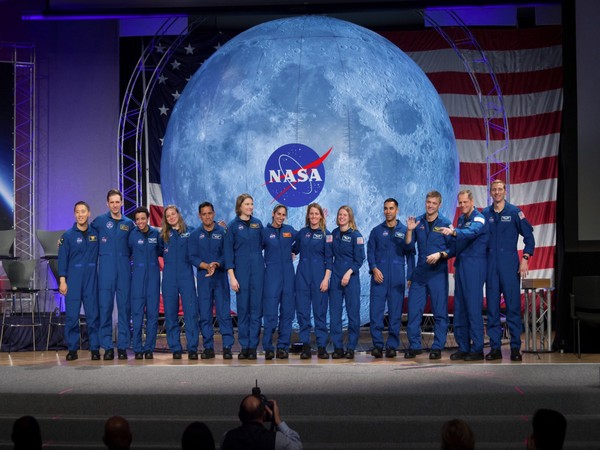 Texas [USA], Jan 11 (ANI): The first batch of NASA astronauts eligible for spaceflight to the Moon and beyond recently graduated from their 2-year long training course.
The 13 future astronauts were felicitated for their graduation on Friday (local time) January 10 at an event that took place at NASA’s Huston Space Centre in Texas, reposted CNN.
The 13 space travellers began their training in the year 2017 and were selected from a large pool of candidates. Six out of the selected total belong to the fairer sex, which means that the Artemis mission is on its way to put the first woman on the lunar surface.
Two astronauts from the Canadian Space Agency managed to make their way into the final roster. Meanwhile, the remaining 11 Americans were handpicked out of 18,000 aspirants.
According to CNN, the spacefarers had to go through a rigorous process that included training in robotics, spacewalking simulation exercises, flight lessons on T-38 trainer jet, familiarisation of systems onboard the ISS and instruction in the Russian language to communicate with their Cosmonaut counterparts.
The completion of the training also means that the astronauts are also eligible to partake in manned missions to Mars. (ANI)

Neither southern film industry, nor Bollywood was my plan:…

Everybody is trying to do louder stunts: Sunny Deol