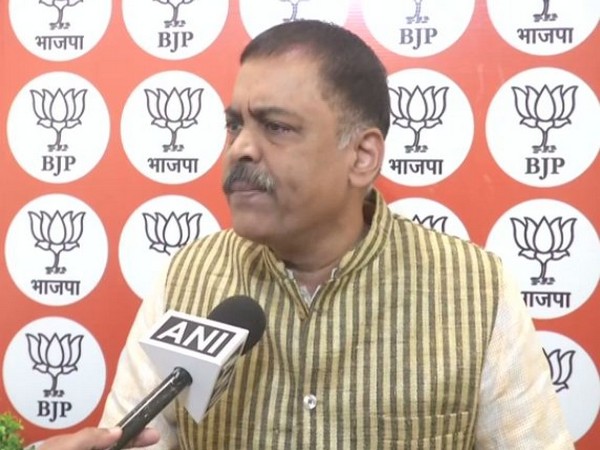 New Delhi [India], Jan 9 (ANI): A day after BJP MP Swapan Dasgupta was allegedly locked inside a room at Vishwa Bharati University in West Bengal’s Birbhum district, BJP leader GVL Narasimha Rao on Thursday hit out at TMC supremo Mamata Banerjee alleging that there is a ‘demon rule’ in the state.
“In West Bengal, we have been witnessing how democracy is repeatedly murdered. Gupta was confined in a room in order to prevent him from giving a speech in support of the Citizenship (Amendment) Act (CAA). This signals not just some kind of military but a demon rule in West Bengal,” Rao told ANI.
He alleged that people are being restricted from raising slogans in favour of Lord Ram in the state.
“The public is not allowed to raise slogan in favour of Lord Ram and no procession was allowed for immersion of Goddess Durga idols. It is not even a marshal’s rule, it is a demon’s rule,” Rao said.
“Freedom of speech is only for people who speak in favour of violence and anti-national forces. Voices of nationalism are not allowed to be heard in West Bengal,” he added.
Citing various incidents of violence in West Bengal, the BJP leader said that “things have gone to an unimaginable and unacceptable level”.
“Every time when such misdeeds exceed a particular level, a God has to intervene. Thus, Mamata rule has to end very soon,” he said.
On Wednesday, Rao claimed that he was locked inside a room by a mob at Vishwa-Bharati University, where he was addressing a meeting on the amended citizenship law.

“How does it feel to have a mob attack a peaceful meeting on the Citizenship Amendment Act (CAA) and intimidation students? This is what is happening to a meeting I am addressing at Vishwa Bharati now. Locked into a room now with mob outside,” he said in a tweet. (ANI)

Let’s find solution without hurting each other: Sunny Leone on JNU violence

‘Vidya Sinha was Rajnigandha to fans after her first…