‘You will continue to remain in our hearts’: Sachin pays tribute to childhood coach Ramakant Achrekar 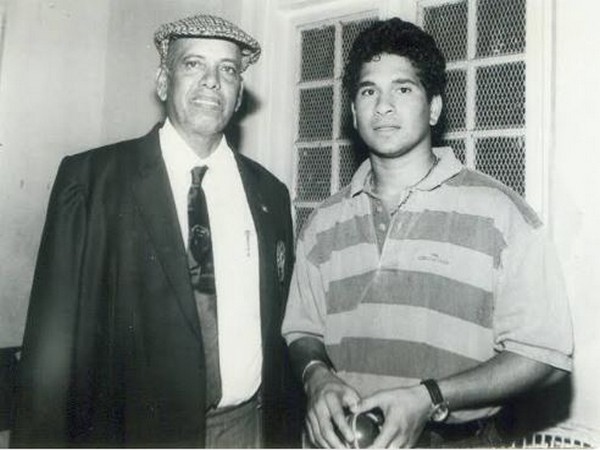 New Delhi [India], Jan 02 (ANI): Former India cricket star Sachin Tendulkar on Thursday paid tribute to his childhood coach Ramakant Achrekar on his first death anniversary.
Tendulkar shared a throwback picture on Twitter in which he was seen standing next to his coach.
“You will continue to remain in our hearts, Achrekar Sir!” he captioned the post. 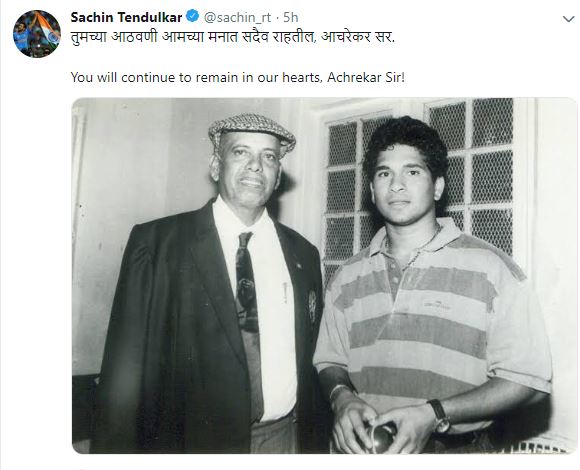 The stalwart coach had passed away at the age of 87 in January last year.
Upon Achrekar’s death, Tendulkar said that his childhood coach had built the foundation of the master blaster’s cricketing career.
“Cricket in heaven will be enriched with the presence of Achrekar Sir. Like many of his students, I learnt my ABCD of cricket under Sir’s guidance. His contribution to my life cannot be captured in words. He built the foundation that I stand on,” Tendulkar had said.
46-year-old Tendulkar had made his debut for India at the age of 16 in 1989. He aggregated 34,357 runs across formats, which is 6,000 runs more than the second-placed former Sri Lanka cricketer Kumar Sangakkara.
Regarded as one of the greatest batsmen ever, Tendulkar holds the record of being the highest run-scorer of all time in international cricket, having notched up 18,426 runs in ODIs and 15,921 runs in Test matches.
He is now a mentor of the Mumbai Indians franchise in the Indian Premier League (IPL). (ANI)

Nigeria raring to go for U-19 Cricket World Cup