Katy Perry: I don’t want to become a recluse 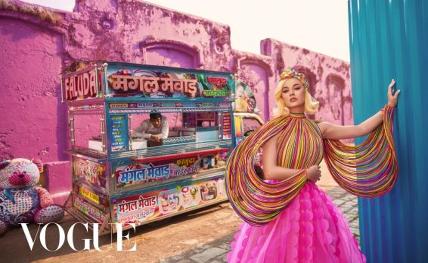 Mumbai, Jan 2 : International pop singer Katy Perry says she wants to be involved in environmental companies and wants to influence good people to run for office.

"At 35, I’ve checked many boxes off my list and I’m now being challenged to dream new dreams. I want to be involved in environmental companies, I want to go back to school (psychology and philosophy will be her subjects of choice) and I want to influence good people to run for office," Perry said.

Perry, who performed in India last year, opened up about her personal and professional life in an interview to Vogue India for the January issue.

"I’ve been in the public eye for 12 years and I’ve made many mistakes. I’m human, and I still want to try. I don’t want to be defeated or become a recluse. I want to live life. And doing that means you might occasionally trip, but it’s not about how you fall — it’s about how you get up," she added.

Her journey in showbiz has been full of ups and downs.

"I’ve gone to therapy, been through the Hoffman Process, done plant medicine…. And I have a partner who is also all about finding a balance — Orlando (Orlando Bloom), who is on a spiritual journey of his own. He’s an anchor who holds me down, and he’s very real. He’s not the number one fan of Katy Perry, but he’s the number one fan of Katheryn Hudson," she said.

The singer was tight lipped about her wedding details, but said that she wants a big family.

The "Roar" hitmaker said she has found the cure to jet lag.

"Transcendental meditation," she said, adding: "There are so many different forms of meditation I’ve done, but nothing supersedes TM. It changed my life."

"I’ve done a lot of mental, spiritual and emotional work in the past few years. The biggest lie we’ve ever been told as artistes is that we have to stay in pain to create. I don’t want to be in emotional pain my whole life in order to write songs," she explained.

Anurag Kashyap gets message to vote for Modi