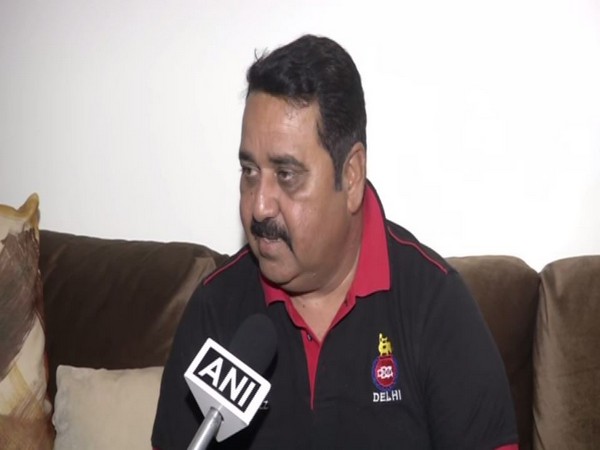 New Delhi [India], Jan 1 (ANI): Ahead of the upcoming series against Australia, Virat Kohli’s childhood coach Raj Kumar Sharma on Wednesday said that series against Australia will be challenging and the Indian team should not take it lightly.
“Australian series will be challenging. This time they are coming fully prepared. The Indian side can’t take them lightly,” Sharma told ANI.
Kangaroos are performing well this season. They defeated New Zealand on Sunday by 247 runs on the fourth day of the second Test.
With this win, the side has taken their points tally to 256 to consolidate their position at the second spot in the World Test Championship (WTC).
Australia has also gained an unassailable 2-0 lead in the three-match series against New Zealand.
Sharma said that the presence of Steve Smith and David Warner make Australia a well-balanced side.

He added that Pakistan has an old habit of accusing India. Instead of this, Islamabad should learn from the Board of Cricket Control in India (BCCI).
“Pakistan has an old habit of accusing India. We have no intention to tell any nation whether to play or don’t play in Pakistan. They are desperate. Pakistan should learn from the BCCI how to manage cricket in the country,” he said.
Earlier, the Bangladesh Cricket Board (BCB) have shown their willingness to tour Pakistan for three T20Is but are reluctant to play two Tests.
“We have had a round of correspondence with them [the BCB] and they are happy to play three T20s in Pakistan but they are slightly reluctant to play two Tests,” ESPNcricinfo had quoted Wasim Khan as saying.
Raj Kumar said that the Indian administrator should not pay heed to the Pakistan Foreign Minister’s statement.
“I don’t think Indian administrators have time to give attention to the Pakistan Foreign Minister’s statement,” said he.
If Bangladesh approves Pakistan tour, they will become the second nation after Sri Lanka to tour in the country after the 2009 terror attack on the Sri Lankan team.
In 2009, the Sri Lankan team was on their way to Gaddafi Stadium in Lahore for a Test match with Pakistan, when terrorists fired indiscriminately on their bus. That attack left eight people dead and injured seven Sri Lankan players and staff.
Since then, the international cricket has eluded Pakistan with no high-profile team visiting the country for a full-length tour. (ANI)

Knight Riders Still Have A Long Way To Go: Gambhir

It is a blessing to perform new role for team: KL Rahul

Saina goes down to Yihan in Asia Championships semis