No election unless Palestinians vote in East Jerusalem: Prez 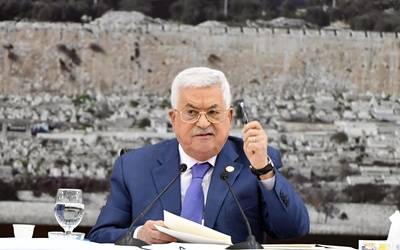 Ramallah, Dec 30 (IANS) Palestinian President Mahmoud Abbas has insisted that there would be no general election unless Israel allows Palestinians to vote in East Jerusalem.

"We won’t hold any elections without having Jerusalem as part of it," Abbas said, adding: "Any resident of Jerusalem must go to vote in the heart of East Jerusalem."

Abbas’ insistence on holding election in East Jerusalem is actually a challenge to US President Donald Trump’s declaration at the end of 2017 that Jerusalem would be the capital of Israel.

He has also declines to issue a presidential decree on setting dates for holding legislative and presidential elections in the Palestinian territories before getting Israel’s approval to include East Jerusalem in the voting.

Start-ups may soon get to list directly overseas: FinMin