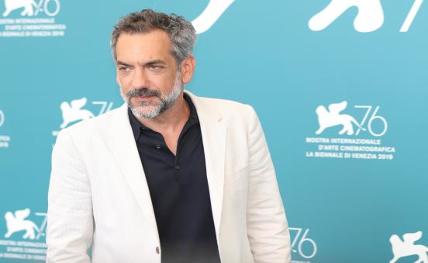 Los Angeles, Dec 24 : “Joker” filmmaker Todd Phillips has given legendary Hollywood filmmaker Martin Scorsese a pass on what he said about comic book movie blockbusters, saying he understood what he was trying to say.

Scorsese recently took a jibe at Marvel movies, saying these efforts were “not cinema”.

Joining Scorsese for The Hollywood Reporter’s directors roundtable chat, Phillips said: “Marty got a lot of heat for that (what he said), but I understand it fully. We were struggling to get ‘Joker’ made, which sounds funny because it exists in the superhero world, but it’s really not one of those movies.”

“We spent a year at Warner Bros., and I saw emails back and forth, literally, where they said, ‘Does he realise we sell Joker pyjamas at Target?’ I go, ‘Didn’t movies come first and pyjamas come second? Are the pyjamas dictating the movies?’ Theme park rides. Pyjamas. Slurpee cups. Whatever it is that you are selling off the back of movies, you can’t make your decisions based on that.”

Scorsese added: “I remember when Disneyland was built… and one of the aspirations of the studios was to become as important to American culture as Disneyland. And the first studio to really do that was Universal with the (studio) tour. And then you add the blockbuster on top of that – and why not? People go to the movie. Enjoy it. That sort of thing.”

“So the sense of a theme park has always been there. It’s not bad. We used to love to go to amusement parks. But now in an amusement park, you have the film.”

Ranveer Singh To Keep A Fast For Deepika Padukone This Karvachauth, Applies Mehendi…

Prime Video To Treat Viewers To 10 New K-Dramas! Reveals The Titles Of The Same

Scam 1992 Star Pratik Gandhi On Facing Rejections From Television: “I Was Always Told…

Ben Affleck On Working With Ridley Scott: “There Was An Incredible Amount Of Energy…”

Emraan Hashmi Reveals Why Horror Films Doesn’t Work In India: “Not Too Many People…

Rathnan Prapancha Movie Review: Dhananjaya & Umashree Are The Heart Of This Film…