Ayushmann Khurrana: Aparshakti deserves to be a lead actor 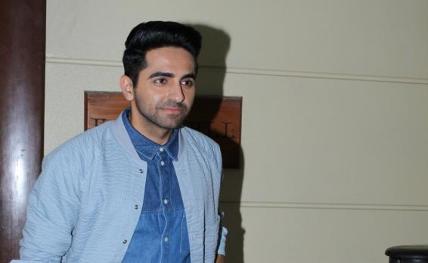 Mumbai, Dec 18 : Actor Ayushmann Khurrana is on a career high and so his brother Aparshakti. While Ayushmann has become immensely popular and has also won a National Award thanks to his starring roles, RJ-turned-actor Aparshakti has carved a niche with his effortless comic timing in character roles in films such as "Dangal", "Stree", "Lukka Chuppi", "Happy Phirr Bhag Jayegi" and the recent "Pati Patni Aur Woh".

Ayushmann, who has been enjoying a lot of the limelight as a leading man lately, feels his younger brother deserves to be a lead actor.

"It’s very difficult to become a character actor and engage people. Aparshakti has done an amazing job in his recent films and I think he deserves to be a lead actor," said Ayushmann, at a News18 India Chaupal event.

The "Andhadhun" feels his younger brother is an extrovert and has better PR skills than him.

"I take time to open up. Aparshakti has more friends than I do," said Ayushmann.

He also shared his process of deciding on films that he signs. "I am a very approachable actor. I don’t have bias. I believe an established director’s film can also flop and a new director can deliver a hit. I am open to new ideas and new people. Anyone can have a great idea," he explained.

Minissha Lamba On Launching Her Own App: “I Wish To Connect To My Fans Via Video…

Suniel Shetty, anything to flaunt biceps!

Urvashi Rautela: I hope no one loses life due to oxygen deficit

‘Managed to get Christian back’: What we know about Eriksen’s collapse at Euro 2020 and events since

Vidya Balan: I did not set out to break stereotypes

Watch Urvashi Rautela being punched on her belly!!

Did you know of Loki’s rollercoaster journey

Liquor mafia engages in stone-pelting at Police in Bihar,…