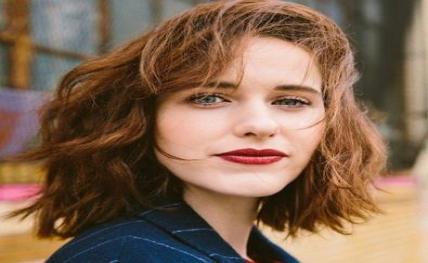 Los Angeles, Dec 9 : “The Marvelous Mrs Maisel” star Rachel Brosnahan has addressed criticism around how the show depicts her as a parent, saying that the series is not about exploring motherhood, but the story of a woman who is stepping out of her comfort zone to pursue her dream of becoming a comic.

“I don’t think that Midge and Joel (Joel Maisel) are the world’s greatest parents! But parenting is hard, and I also think it’s odd, some of the ways in which their parenting has been framed. I’ve had people ask if I think that Midge loves her children,” Brosnahan told hollywoodreporter.com.

“I’ve had people lead interviews by saying ‘Well, God, she’s a terrible mother!’ And I just want to say, why do you think that? Because, OK, Midge doesn’t have the healthiest body image and that’s probably something she’s passing on to her young daughter, and that’s not ideal. But the kids have two parents who are involved in their lives, who are making an effort to remain involved in their lives even though they’re both working, and even though they’ve split up, they have four loving and very involved grandparents, they have a Zelda, they have neighbours who often watch them — a village is raising these kids! And I’m not sure what about that equates to bad parenting. You don’t see the kids all the time on the show, because the show isn’t about Midge as a mother, it’s about Midge as a comic, and pursuing this dream,” she added.

Set in 1950s Manhattan, “The Marvelous Mrs Maisel”, available on Amazon Prime Video, tells the story of Midge Maisel who is trying to find her own voice after her husband leaves her. With music and lighter tones, the show by Amy Sherman-Palladino and Daniel Palladino, puts the spotlight on gender issues, and the disparity. It also stars Michael Zegen, Alex Borstein, Marin Hinkle, Tony Shalhoub and Kevin Pollak.

The parenting topic is also addressed in the third season of the show.

Brosnahan feels that bringing it “up seems more like a natural evolution of Midge’s journey, rather than something that’s in response to a criticism”.

She said: “Amy and Dan have had a plan for the show, at least an outline of a plan, from the very beginning. They talked me through a three-season arc when we shot the pilot, and so it seems to me, within the arc of the story that they had planned out, that as Midge’s life continues more on the road, and she continues to move further into one of her worlds, that she will be moving further and further outside of the other one.”

“Trying to juggle them becomes more and more of a challenge, and I think that’s what you’re seeing this season. Midge is a working comic, and that means Joel has to become a more involved dad, but that’s not that socially acceptable at that time, and that’s challenging for both of them. She’s missing key moments in her kids’ lives, in Joel’s life, in her parents’ lives, and being on the road is lonely. She’s doing it for an extended period of time, and that’s hard,” the actress continued.

Life cripples in Tripura after call for shutdown against CAB (Lead)

Lewandowski is great footballer but he is not Messi: Quique…