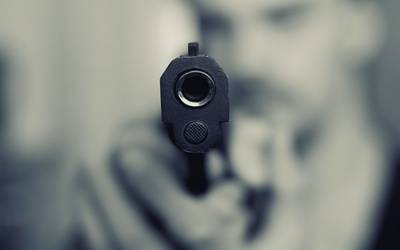 The two victims who died, both men, were initially taken to hospitals in extremely critical condition. The third gunshot victim, a 36-year-old man, remains in guarded condition at the Queen’s Medical Center, reports Hawaii News Now.

The shooting at Drydock 2 on Wednesday threw a tight-knit community into mourning.

"Our thoughts are with the families of the victims and everyone involved," said Rear Admiral Robert Chadwick, commander of Navy Region Hawaii. "This is certainly a tragedy for everyone here."

He said it wasn’t immediately clear whether the gunman, a sailor assigned to the USS Columbia, knew the victims or if the three were targeted at random.

Chadwick also did not provide details about what type of gun was used or the possible motive behind the shooting.

First responders were called to the base at around 2.30 p.m. on Wednesday. A lockdown that was put in place after the shooting was lifted about 4 p.m.

Authorities said at least 100 witnesses were being interviewed about the incident.

While the Navy is taking the lead in the investigation, Honolulu police detectives and the city Medical Examiner’s Office have also responded, said Hawaii News Now.

Hawaii Governor David Ige said the White House has offered assistance in the wake of the shooting.

"I join in solidarity with the people of Hawaii as we express our heartbreak over this tragedy and concern for those affected by the shooting," Ige said in a statement on Wednesday night.

Bird flu in poultry confirmed in 9 districts of Maharashtra;…