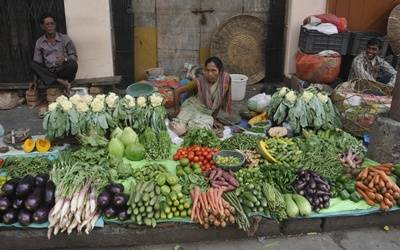 Islamabad, Dec 5 (IANS) Inflation in Pakistan rose to 12.7 per cent year-on-year, the highest level in nine years mainly driven by an increase in prices of food items, it was reported.

The Pakistan Bureau of Statistics (PBS) reported on Wednesday that inflation, measured by the Consumer Price Index (CPI), edged up by 1.3 per cent over the previous month after the PBS revised its calculation methodology by setting the new base year 2015-16 instead of the previous 2007-08 financial year.

The Finance Ministry claimed that inflation would come down from the next month without saying how, Dawn news reported.

The data released on Wednesday shows that higher prices of food items have been the largest driver in overall inflation in November.

It has also been observed that the prices of essential food items were higher in rural areas than in urban areas.

The International Monetary Fund has estimated that Pakistan’s inflation may escalate up to 13 per cent, but the government’s estimate is between 11 per cent and 13 per cent for the current fiscal year.

Average inflation measured by the Sensitive Price Index crawled up 14.22 per cent in July-November from 1.99 per cent during the same period last year, while the Wholesale Price Index went up 13.52 per cent from 16.99 per cent.

China seeks 1st naval base in Atlantic – US media

Xi calls for ‘sinicisation’ of religions

Xi calls for ?sinicisation? of religions

When Salman Khan offered water to a monkey