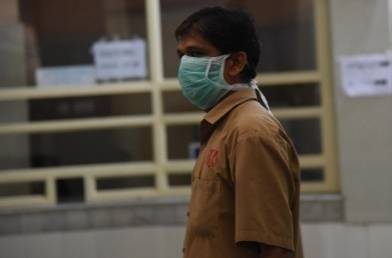 Expats in UAE worried as Nipah virus detected in Kerala Dubai, June 6 (IANS) UAE-based Malayalis have expressed concern for their loved ones back home, as a Kerala youth tested positive for the Nipah virus, leading to a number of traders and travellers taking precautionary measures, the media reported.

Besides a Kerala youth being treated for testing positive for the Nipah virus (NiV), state Health Minister K.K. Shailaja on Wednesday revealed that three nurses who treated him, a friend and another person have been kept in isolation.

A total of 311 people from Thrissur, Paravur in Ernakulam district, and Thodupuzha in Idukki were also under observation.

Sharjah resident Sridevi Rajendran, who is from the same town as the infected victim, told the Khaleej Times: "He was in the same school as my son. We are very worried about the situation back home, and my son is there as well. Since there is no clarity as to where the virus has originated, people are generally tensed."

The Nipah virus is transmitted from animals to humans; through contaminated food; or directly between people. It infects a wide range of animals and causes severe disease and death in people, making it a public health concern, according to the World Health Organisation (WHO).

In 2018, a Nipah scare resulted in a temporary ban on Kerala fruits and vegetables in the United Arab Emirates, and a travel advisory to the South Indian state was also issued.

A fruit and vegetable vendor in the UAE, on the other hand, decided to stop importing produce from Kerala until the scare subsides. However, no official ban has been implemented yet.

"We have temporarily stopped the import of fruits and vegetables from Kerala, which make up 25 per cent of our total produce," said PC Kabeer, founder and CEO of FarmChimp, a company that sells source-traceable produce.

Kerala-bound travellers told the Khaleej Times that their trips would go as planned, but they would be taking "extra precaution".

Marketing professional Anand Rajiv, who is flying to Kochi, said: "As long as I am not having local water or food from outside, I should be okay. Of course, I am worried about my health as it is not a joke."

US-Mexico border apprehensions top 132,000 in May

NGO in J-K provides essentials to needy in 5 districts…