As writer, don’t want to interfere in shoots: Zeishan 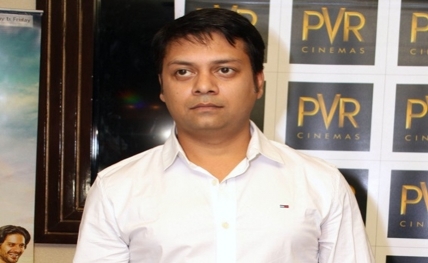 Mumbai, May 18 : Screenplay writer Zeishan Quadri, who has penned the story of filmmaker Hansal Mehta’s upcoming movie "Turram Khan", says once he submits the script to a director, he keeps himself away from the shooting because he doesn’t want to interfere.

Does he prefer to give his inputs during the shooting of "Turram Khan"?

"As a writer, once I submit the script to the director, I keep myself away from the shooting because I do not want to interfere as a writer. I have worked with Anurag Kashyap, I have written the story of ‘Turram Khan’, which is directed by Hansal (Mehta)sir. I was not visiting the set every day," Quadri told IANS.

He added: "They are so experienced and skilled to take the story to the next level with their direction, that I know that my story is in good hands. That is the beauty of an experienced director who adds an interesting dimension to the story that I have written:.

What made him write a comedy story?

"I actually wrote that ï¿½…Wasseypur’ story almost 10 years ago. Time has changed, so have I. Yes, ï¿½Turram Khan’ is a comedy story," he said, adding: "I also penned the story of the web-series ï¿½Bhoot Purva’ but the fact is, as a writer, I want to explore more than one genre.

"So, I am writing comedy, human relationship, social stories – everything."

World Cup: 5 all-rounders to watch out for