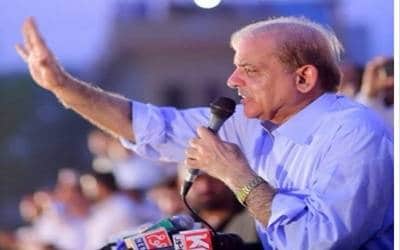 Lahore, April 5 (IANS) The National Accountability Bureau (NAB) on Friday conducted a raid at the residence of Pakistan Muslim League-Nawaz (PML-N) President and opposition leader Shehbaz Sharif to arrest his son Hamza in the assets beyond means case.

A press release by the anti-corruption body said a team had gone to Sharif’s residence to arrest Hamza Shehbaz on the basis of evidence against him in the assets beyond means and alleged money laundering case.

It added that NAB officials were manhandled by Hamza Shehbaz’s guards, their clothes were torn and death threats were given, Geo News reported.

The press release added that Hamza Shehbaz had violated the law and the bureau on the basis of evidence against him and in light of the Supreme Court directives would arrest him.

Shehbaz Sharif and his sons Hamza and Salman are facing multiple NAB inquires, including those into the Ashiana Housing scandal, Ramzan Sugar Mills and assets beyond means.

Speaking to reporters outside the residence, Hamza Shehbaz said that for "the first time he felt like a terrorist as this was the type of action taken against them".

"Teams came to the house and tried to enter it. Like Superman they came to arrest me. For the first time I felt like we were like terrorists," he said.

"What was the need to conduct a raid like that?

Hamza Shehbaz said Prime Minister Imran Khan’s government was crumbling and this was a reaction to that, according to Geo News.

PML-N leaders claimed that the raid was carried out without any warrant or prior notice. A number of party workers and supporters gathered outside Sharif’s house and staged a sit-in, raising slogans against NAB.

Pakistan Peoples Party Chairman Bilawal Bhutto Zardari in a tweet said if NAB had raided Shehbaz Sharif’s home without a warrant then it was highly condemnable.

Ranking of states based on implementation of Business Reform…