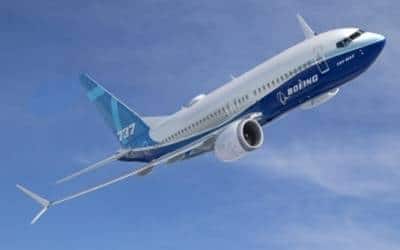 Washington, April 5 (IANS) Boeing CEO Dennis Muilenburg has said said the company was "sorry for the lives lost" in the two 737 Max crashes that took place within a span of five months, the media reported on Friday.

"These tragedies continue to weigh heavily on our hearts and minds, and we extend our sympathies to the loved ones of the passengers and crew on board Lion Air Flight 610 and Ethiopian Airlines Flight 302," CNN quoted Muilenberg as saying in a statement on Thursday.

"The history of our industry shows most accidents are caused by a chain of events. This again is the case here, and we know we can break one of those chain links in these two accidents."

Muilenburg acknowledged the "devastation of the families and friends of the loved ones who perished".

He said "erroneous activation of the MCAS (Maneuvering Characteristics Augmentation System – Max 8’s plane’s anti-stall system) function can add to what is already a high workload environment" for pilots.

"It’s our responsibility to eliminate this risk," he said. "We own it and we know how to do it."

Muilenburg’s statement came after a preliminary report released earlier in the day said that the pilots of the Ethiopian Airlines flight battled the plane’s automated flight control systems for almost the entire duration of the six-minute flight before it crashed on March 10, killing all the 157 people onboard.

According to the report, the problems on board the Ethiopian Airlines jet mirror those encountered on the doomed Lion Air Flight 610, which operated the same 737 Max 8 model and plunged into the Java Sea last October killing 189 onboard, in what could be a significant blow to Boeing as it struggles to get the aircraft back in service.

Ethiopian Airlines CEO Tewolde Gebremariam told CNN that it was too early to say whether the remedial actions being taken by Boeing would be sufficient.

He added that the preliminary report proved "all the speculators with false allegations" wrong, referring to criticism and doubts over the pilot’s qualifications.

The airline had "always been confident" of its pilots, he said.

Bowled as we weren’t sure about wicket: Bhuvneshwar