As Schaumburg, with a population of 74,184 (2017), prepares to elect its first mayor in over three decades, the race is being watched keenly by its inhabitants, who include some 16.000 to 18,000 Indian Americans, Pakistani Americans and Bangladeshi Americans. Al Larson is retiring as mayor after serving for 32 years. It is a measure of how long that is when it is considered that the World Wide Web, which has transformed politics and his politicians practice it at every level, was invented only 30 years ago.

Barely two weeks away from the mayoral election in the village of Schaumburg, Tom Dailly tries to smile some more even as he goes about the “very serious business” of attending to its affairs “rather seriously.” 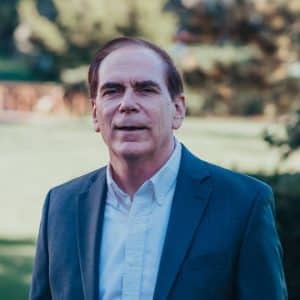 Daily Herald, which has endorsed Dailly for mayor, pointed out with some levity, “While we wish he’d crack a smile now and then, that is about the only criticism we have of the longtime public servant.” To that, Dailly responded during a phone interview with Hi India saying, “It is true that I am a serious person but that is because I am in a very serious business. However, I am trying smile a bit more now.”

As Schaumburg, with a population of 74,184 (2017), prepares to elect its first mayor in over three decades, the race is being watched keenly by its inhabitants, who include some 16.000 to 18,000 Indian Americans, Pakistani Americans and Bangladeshi Americans. Al Larson is retiring as mayor after serving for 32 years. It is a measure of how long that is when it is considered that the World Wide Web, which has transformed politics and his politicians practice it at every level, was invented only 30 years ago.

For Dailly, who has been a village trustee for 28 years, the election presents a chance to rejuvenate Schaumburg with some new ideas even while drawing on its established strengths as left to him by his mentor Larson. “I intend to follow many of Mayor Larson’s ideas even as I ensure that Schaumburg remains an attractive destination not just within Illinois but nationwide. As you might know, Money magazine ranked us as the ninth best place to live in 2017. We not only intend maintaining it but improving on it,” he told Hi India.

“People are not looking for a major change but want improvement on what we already offer. Those who come here for businesses and to live never fail to point out how great it is to be live and work. Beyond our gorgeous (Woodfield) Mall and many small businesses we have several Fortune 500 companies with offices here. Outside of Chicago, we are the most preferred business destination,” he says.

One of the main features of his campaign is to increase diversity in the village administration and make Schaumburg “more inclusive.” “We need diversity at all levels, in committees, commissions and staffing. As mayor I plan to make commissions more diverse because the mayor can make those appointments directly,” he said.

“The Indian culture fascinates me and I want to make sure it is included in what we do. I have been thinking a lot of about how to make the village more inclusive and to that end I have had interactions with the Indian American community,” Dailly says.

One of the ways he thinks Schaumburg can acknowledge their contribution is to recognize that through their small businesses Indian Americans and others have contributed to the vitality of the town. “At the very least we can say thank you to them although I intend to do much more as mayor,” he says.

Dailly says as part of his outreach he also wants to step up his engagement Indian cities. “If I am elected mayor I plan to visit India and explore what more we can do together,” he says.

There are signs that the Indian American community is enthusiastic about Dailly’s message of inclusiveness and diversity in the village’s governance. Neil Khot, a former president and founder member of the Federation of Indian Associations (FIA) who runs a business processes optimization business in Schaumburg, says, “Tom is the most suitable candidate for the job because of his commitment to improve inclusiveness and create more fair representation for South Asian American communities.” Khot points out that together Indian, Pakistani and Bangladeshi communities in the village number about 18,000 out of the total population of nearly 80,000. If the Japanese and Korean residents added to that number the percentage goes up to 30%. However, that sizable number of some 25% to 30% does not at all reflect in the way the village staffs it’s various agencies and appoints people to various committees and commissions.

“The old guard, as it were, never really bothered about that representation. Tom has said that he wants to address that problem and we welcome that,” Khot says.

Ken Patel, a resident of the village and president of Shakti Group, says, “I have had the pleasure of meeting with Tom Dailly on different occasions to discuss the concerns involving the constituents of Schaumburg.  Tom Dailly has impressed me with his knowledge, experience and vision for Schaumburg.”

Dailly’s most vocal opponent is Nafees Rahman, who is deputy director of accounting in Secretary of State Jesse White’s office. He has particularly raised the subject of the town’s debt which he has pegged at $500 million.

“Rahman is trying to create issues where none exists. He is trying scare people into electing him. Every village carries debt but that does not mean it cannot be addressed,” he says.

In a recent forum hosted by the Schaumburg Township Republican Organization there was some back and forth between the two men over this issue. According to a report in the Herald, “He questioned whether the village’s debt was high as Rahman said, but conceded that it is higher than $300 million. Dailly also said the village represents only 7 percent of property tax bills. He noted Schaumburg’s commercial vacancy rate is 4 percent.”

At the same forum, Dailly also declared his intention to reduce property tax levy by 5% during his first year in office.

Dailly told Hi India that it would be his endeavor to watch “every dollar spent” and strengthen Schaumburg’s financial health. “The budget is a very serious exercise that affects every resident. I pay a great deal of attention to the budget numbers,” he says.

Khot acknowledges that being a seasoned hand Dailly understands budget and finance of the village very well. He also points out his promise to reduce by 5% the village portion of the property tax.

Khot says Rahman has no previous experience in the village affairs but he has assembled a good team of advisors from his contacts in the Democratic Party. Although village politics is generally not rancorously partisan as it is at the state and federal levels, some of those fault lines could play a role in how the South Asian communities, which traditionally tend to vote Democratic, might vote here. In his estimation, there is 60-40 chance that Dailly would win.

Among the visible issues that he intends addressing as mayor is improving the town’s streets. “There is more money needed to be spent on our streets. We can do better there,” he says.

As the countdown to the election day on April 2 is underway, Dailly thinks he will be elected . The voting ends at 7 p.m. that day and the results are expected by 9 p.m. “I intend to be the mayor on April 3.”

Asked what message he would give to the Indian American community particularly, he says, “Vote for me. Look at what I have done during my career here. Give me the next couple of years and see how I follow through on my promises to you.”

As a veteran public servant of 28 years serving the Village of Schaumburg, Hi India believes Tom Dailly brings a rich experience and seriousness of purpose. He is known as a serious and studious official. Hi India recognizes the need for someone like him to take the helm of a vibrant and attractive town that Schaumburg has become.

His intention to be inclusive, not just in talk but in action by committing to make staffing, commissions and committees more diverse, is to be applauded.

The first inhabitants of the area were members of the Sauk, Fox, Pottawatomie, and Kickapoo Indian tribes, according to the village’s website. It was after March 7, 1956, when it was incorporated, that immigrants, primarily German-speaking, started settling down here. Over the two decades or so Schaumburg has become has become more diverse and grown into an important part of Chicago’s so-called “Golden Corridor.”

Schaumburg at a glance:

Nusrat, Mimi the social media rage after LS nominations (Repeating For All Needing)

Bharat Bandh tomorrow: What will be affected, what not

Watch | When Mamata Banerjee tried her hands at driving e-scooter

‘Mumbai’s Arthur Jail fit for him’: Nirav Modi to be extradited to…

No proposal to reduce tax on petrol, diesel: UP government

Congress’ policy is divide, lie and rule: PM Modi hits out at Rahul Gandhi over…

Mira shares a cute pic with Shahid for B’Day

Daywatch: Illinois expands vaccine access but Chicago will not, lakefront on endangered buildings list and 10 homes with…

Actresses who played sex-workers on screen

Sanction to Aircel-Maxis deal given in normal course:…