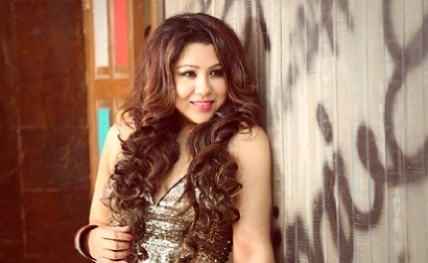 New Delhi, Feb 3 : Arpita Chakraborty, one of the singers of the recreated version of the hit disco song "Paisa yeh paisa", loves remakes and feels this trend is the best way to revive melodies created by yesteryear’s music directors and to make the songs more accessible to the youth today.

It seems like the trend of recreations in Bollywood is here to stay as many films, including the forthcoming Ajay Devgn-starrer "Total Dhamaal", have at least one song that was once a chartbuster.

Asked about it, Arpita told IANS in an e-mail interview: "Recreation is a trend these days and I feel that it is the best way to revive and re-live the melodies that were created by yesteryear’s music directors… to make them more accessible and presentable to our youth. I absolutely love remakes."

"Paisa yeh paisa" was originally sung by Kishore Kumar and composed by Laxmikant-Pyarelal for the 1980 film "Karz".

"Initially, I was little intimidated, especially because I was offered to be the voice of superstar Madhuri Dixit but the composers made me sing with a lot of ease and got the best out of me."

She has sung the song with Dev Negi and Subhro J. Ganguly.

"Dev Negi is a well-known voice in the industry and debutant Subhro has also done a great job," she shared.

Subhro added: "It was a great opportunity for me to debut with a multi-starrer film like ‘Total Dhamaal’."

Would love to do thriller, action films: Diana Penty