Ravi Pujari was mentored by gangster Chhota Rajan, who is currently serving a life sentence in a jail in Navi Mumbai. The two parted ways sometime around 2001. 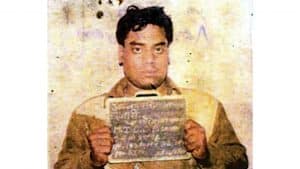 NEW DELHI:  Underworld Don Ravi Pujari, who used to operate in Mumbai in the 1990s, has been arrested in Senegal, according to reports.

The fugitive gangster was earlier believed to be hiding in Australia.

Ravi Pujari was mentored by gangster Chhota Rajan, who is currently serving a life sentence in a jail in Navi Mumbai. The two parted ways sometime around 2001.

When most of his shooters were arrested by the Anti-Extortion Cell of the Mumbai Police, Pujari was believed to have shifted base to Bengaluru. Pujari, who is from Padbidri near Udipi in Managalore, is said to be fluent in English and Kannada.

COVID: BJP lashes out at AAP govt over health infrastructure in Delhi

Nobody to enter Goa without negative COVID-19 report, says HC

Skip to it: Ex-UFC’s Ostovich flaunts curves on social media as she amps up training for VanZant bare-knuckle bout…

US envoy to discuss Venezuela with Russian officials