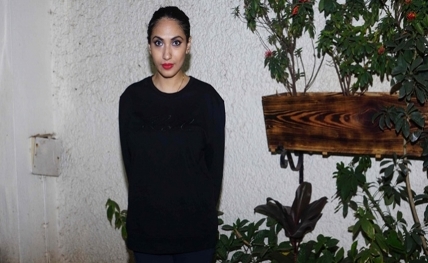 Mumbai, Sep 25 : Producer Prernaa Arora says she has not acquired the remake rights of Rekha-starrer "Ghar".

There were reports that after buying the rights to 1964 Bollywood classic "Woh Kaun Thi?", featuring Sadhana and Manoj Kumar, Prernaa has also bought the rights to "Ghar", which is about a married couple coping to save their marriage after the wife is gang-raped.

Producer duo Prernaa and Arjun N Kapoor of KriArj Entertainment have denied this.

"We have initiated our relationship with Pravesh Sippy’s production house N.N Sippy Productions by buying the rights of ‘Woh Kaun Thi?’ and we will be doing the official remake of the movie soon.

"The speculation about the remake rights of ‘Ghar’ is incorrect. We are in conversation over many other things," they said in a joint statement.

Kvitova eases past Krunic to enter Wuhan Open 3rd round

Kubbra Sait excited about ‘The Verdict – State Vs Nanavati’

Skip to it: Ex-UFC’s Ostovich flaunts curves on social media as she amps up training for VanZant bare-knuckle bout…