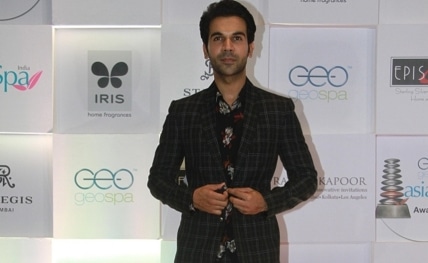 The Festival will open with the world premiere of "Life of Pi" producer David Womark’s "Love Sonia" on June 21 at Empire Leicester Square, reports variety.com.

Noorani will attend the opening with some of the talent. The film revolves around two sisters forced into prostitution in Mumbai.

The ninth edition of the fest closes on June 29 at BFI Southbank with the UK premiere of "Venus", helmed by Aisha Marjara. It is the story of a transgender person who discovers, on the eve of surgery, about the existence of a son.

The fest is broken into thematic strands covering female filmmakers, father-son relationships and famine among others.

"This cutting edge festival showcases indie cinema that entertains but shows the more realistic and sometimes the raw side of South Asian culture. At the same time, there are always stories of comedy, hope and the inexhaustible energy of over 1.3 billion South Asian lives from the Indian subcontinent," said festival director Cary Rajinder Sawhney.

TV actor Paras Kalnawat orders Nothing earphones, Flipkart makes sure her got…

‘There is an Udham within us, says actor Vicky Kaushal who plays the revolutionary…

Britney Spears Talks About Her Fears After The End Of Conservatorship: I’m Scared To…

KBC 13: Farah Khan Raises Rs 16 Crore To Donate To Lifeline For A Child With Spinal…

Black Adam Teaser Out! Dwayne Johnson Is Here To Change ‘Hierarchy Of Power’ &…

TV actor Paras Kalnawat orders Nothing earphones, Flipkart makes sure her got ‘NOTHING in the box’

No Bollywood for Isabelle Kaif?