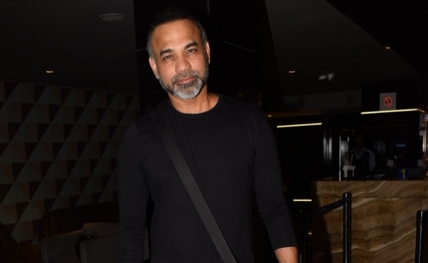 "It’s a different type of film; we have tried doing something new even in a comedy film. We hope the audience enjoys watching the film as much we loved making it. ‘Blackmail’ is Irrfan’s film, our film, get ready for an unusual ride," Deo said in a statement.

He added: "We are getting an incredible response to the film currently. However, audience’s response matters the most. Friends will always say good (things), but the ultimate decision would be of the audience when the film is released on Friday… and that matters the most to me."

The team has been missing the presence of Irrfan, who is undergoing treatment abroad for a rare disease. However, he did not want the film’s makers to delay the release for him.

"I’m missing Irrfan a lot; all this wouldn’t have been possible without him," Arunoday said, while Kirti added: "We really wish he was with us."

Kirti also said people find "Blackmail" a "bold" choice on her part, and that, she said: "Is an interesting compliment".

The movie is produced by Bhushan Kumar of T-Series and Deo’s RDP Motion Pictures.

Vegans experience worse hangovers than those who eat meat