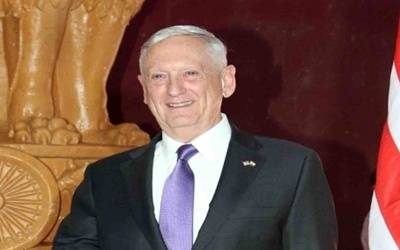 Washington, March 12 (IANS) US Defence Secretary James Mattis has warned Syria against using chemical weapons, implying it would prompt military consequences, as it did last year when President Donald Trump ordered a strike on a Syrian air base, the media reported.

"I just want to reiterate it would be very unwise for them to use weaponised gas," CNN quoted Mattis as saying on Sunday while en route to Oman.

"And I think President Trump made that very clear early in his administration."

Mattis blamed Russia for Syria’s chemical weapons stockpile, which Moscow said it would help eliminate as part of an agreement in 2013, but which the US and international observers said Syria used on civilians last year.

"Russia was the framework guarantor that (Syrian President Bashar al Assad) would get rid of all of it.

"Again, either Russia is incompetent or in cahoots with Assad," he said.

"I get paid to make strategic assessments… And I would just tell you that I saw no change to the Russian military capability and each of these systems (Putin) is taking about that are still years away," said the Defence Secretary.

Mattis said likewise that the announced Russian weapons did not change the "military balance" or create a need for the US to change its posture.

"They did not impact any need on our side, for a change in our deterrent posture."

Thanks, comrades! US SOUTHCOM amuses Twitter followers with pic celebrating US Air…

‘Are you undercover?’ WATCH riot cops at Justice for J6 rally detain masked man with…

‘Freedom Fries’ back on the menu? US-France row over submarine deal with Australia…