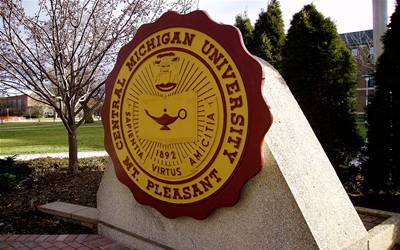 Washington, March 3 (IANS) A young man accused of killing his parents a day earlier on the campus of Central Michigan University was arrested on Saturday, campus officials said.

James Eric Davis Jr., 19, was identified as a suspect in what authorities said was a family-related domestic dispute. It was the nation’s 12th school shooting this year. He was taken into custody after being seen passing through the campus early Saturday, CNN reported.

The victims were identified by authorities as Davis’ parents, James Eric Davis Sr. and Diva Jeneen Davis. The couple was reportedly picking up their son from college for spring break on Friday morning when they were gunned down in his dormitory on the fourth floor of Campbell Hall.

An official said Davis Jr. was taken to a hospital on Thursday night by because of a drug-related health problem, possibly an overdose.

Davis was believed to have left the hospital before going to campus where the shooting took place. Cameras captured the suspect exiting the north side of the residence hall and running along the railroad, a police official said.

He was wearing a blue jumper at the time of the shooting but articles of clothing were found strewn along the railroad tracks, according to the police.

An Illinois state lawmaker said on Twitter that the family permanently resided in the Chicago area, where Davis Sr had served as a policeman until his death.