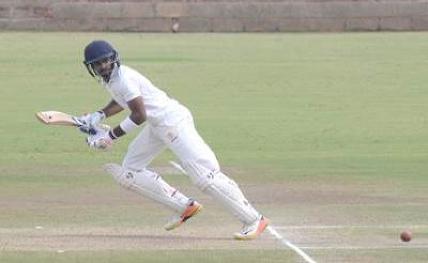 New Delhi, Dec 6: The quarter-finals stage of the Ranji Trophy is all set to begin on Thursday with the top two teams from four groups taking on each other to qualify for the semi-finals of the prestigious domestic cricket tournament.

Karnataka will face Mumbai in Nagpur, Delhi will take on Madhya Pradesh in Vijayawada, Gujarat will take on Bengal in Jaipur and Kerala will battle it out with Vidarbha in Surat.

Karnataka and Delhi, who qualified from group A, remained unbeaten in the round-robin stages while defending champions Gujarat and Kerala qualified from Group B. Mumbai and Maharashtra sealed their spot with wins from their final games.

But on Thursday, all eyes will be on Gujarat, who won five matches out of six. But a matter of concern will be the absence of Akshar Patel and Jasprit Bumrah.

Bengal, on the other hand, who qualified for the quarters at the expense of Punjab, will be without their premier spinner Pragyan Ojha as he was shifted to Hyderabad.

In another big clash where Mumbai will take on Karnataka, the fans could witness some intense cricket from both the teams.

For Mumbai, in the bowling department, all eyes will be on Dhawal Kulkarni and Vijay Gohil, and on the batting front it will be Sidhesh Lad and teenage sensation Prithvi Shaw.

Karnataka seem settled on paper but they need to display that coordination on the field against Mumbai to qualify for the next round.

CBD helps reduce damage of lungs caused due to COVID-19