Can’t wait to start rolling: Kriti on film with Diljit 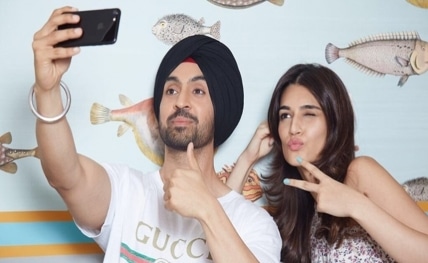 Mumbai, Nov 6 : Actress Kriti Sanon, who will next be seen sharing screen space with actor Diljit Dosanjh in the upcoming film "Arjun Patiala… Larger Than Life!", says she cannot wait for the film to start rolling.

Kriti on Monday morning shared a series of photograph of herself along with Diljit and director Dinesh Vijan.

A tweet from the official page of Maddock Films read: "Producer Dinesh Vijan brings together Diljit Dosanjh and Kriti Sanon for our next production ‘Arjun Patiala… Larger Than Life!’"

This is not the first time Kriti will be collaborating with Vijan. The two have previously worked in "Raabta", which also featured Sushant Singh Rajput.

But this will be the first time Diljit and Kriti will be working togther. The shooting of the film will start in February 2018.

Adding lean beef to healthy diet does not adversely affect…

Nigeria optimistic about qualifying for 2019 AFCON