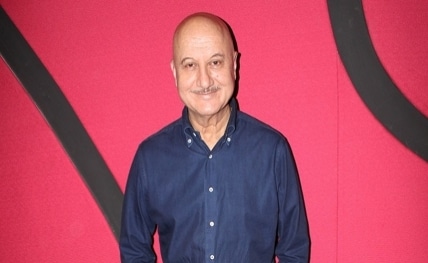 Mumbai, Oct 2 : As Bollywood celebrated the Rashtriya Swachhta Diwas here to mark the 148th birth anniversary of Mahatma Gandhi, actor Anupam Kher criticised those finding faults with the government’s Swachh Bharat Abhiyan and called for contribution instead of judgements.

Celebrities like Amitabh Bachchan and Kailash Kher were also present at the event.

Asked whether Prime Minister Narendra Modi’s initiative is working or not, Kher said: "You can’t judge a campaign like this in terms of whether it is working or not… I think this is a revolution and things like these take time to gather momentum.

"But we are witnessing the result right now in our country, we are here organising such a massive event and Amitabh Bachchan is participating in it, so it speaks for itself on the success level.

"So rather than pointing out things which are lacking, I think contributing would go a long way."

Swachh Bharat Abhiyan, that aims for a cleaner and more hygienic India, has been one of the key initiatives of the Modi government. The cleanliness drive was launched on October 2, 2014 to mark the birth anniversary of Mahatma Gandhi.

Kher also cited his recent experience of working with a crew to clean a busy street of Juhu.

"I would see this pile of garbage every day on my way to work, right in front of shops on the main road itself. I tried to talk to people and shopkeepers to have it clean but things didn’t work out.

"So I cleaned it myself. And I agree with what Amitabh Bachchan said ‘you’re always a little hesitant to make a clean place dirty’, which is very true. I can keep my ten yards clean, I am sure we Indians owe that much to our country," he said.

Contribute towards cleanliness and also pay special attention to toilets for females, especially in smaller cities and towns, added Kher.

Rakeysh Omprakash Mehra denies Hrithik has walked out of ‘Kabaddi’

Starring Ammy Virk and Sargun Mehta, Qismat 2 sure makes a mark with some powerful performances

Director Roger Mitchell is no more