‘Lie’ wouldn’t have been possible without Arjun: Nithiin 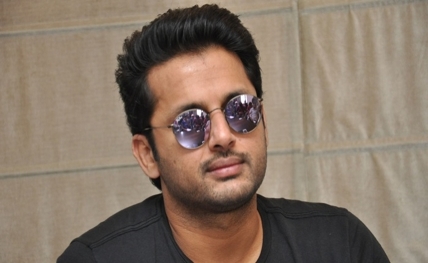 Chennai, Aug 14 : Actor Nithiin is buoyed by the success of Telugu action-thriller "Lie" and says the film wouldn’t have been possible if Tamil star Arjun hadn’t agreed to play the antagonist.

Although Arjun had starred in a few Telugu films, this was the first time he played the baddie.

Talking about the overall positive response for "Lie", Nithiin told IANS: "’Lie’ has been a great journey. After the success of aAaAa’, I could have chosen an easy film. But I wanted to do something new and that’s why I took the tough route."

Directed by Hanu Raghavapudi, the film features Arjun in a pivotal role.

"I thank him (Arjun) for accepting the villain’s role. If not for him, ‘Lie’ wouldn’t have been possible," he said.

The film released worldwide on August 11, and Nithiin admits the shaky start worried him.

"On the first day, the film opened to mixed talk in India. Hanu and I were dejected. We were not sure what went wrong and we felt our hard work for the last one year went down the drain," he said.

"On Saturday, about 65 to 70 percent of common audiences, who watched the film, liked it. On Sunday, more than 85 percent of audiences liked it. Their response reflected in the numbers," Nithiin added.

‘Mr. X’ has got nothing to with ‘Hollow…