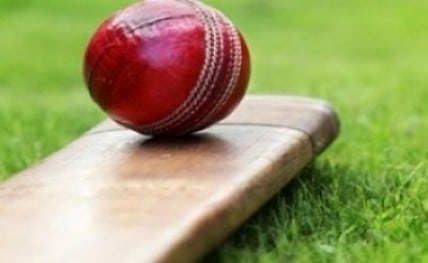 Folks from India, who have settled in the USA, are no strangers to visiting and enjoying the museums.

Bollywood in Chicago doesn’t seem too astonishing a thought especially when India’s premier actor Aamir Khan chose the city as the location for his 2013 blockbuster film Dhoom 3.

Ironically, it was The Field Museum which was used in the backdrop of many shots of this film. This museum has been inspiring curiosity about life on earth for more than a century.

“Beyond Bollywood”, a very well compiled project, is on display at this iconic museum through January 2018 in the Marae Gallery. Visitors will explore stories of Indian American experience coupled with vital political, professional, and cultural contributions to American history.

Created by the Smithsonian Asian Pacific American Center and the Smithsonian Institution Traveling Exhibition Service, the exhibition moves past pop-culture stereotypes of Indian Americans to weave together stories of individual achievement and collective struggle.

Beyond Bollywood tells a uniquely American story while conveying the texture, vibrancy, and vitality of Indian American communities. Added to the Smithsonian’s exhibition are cherished artefacts lent by local families, such as musical instruments, religious objects, and inventions created by Chicagoland entrepreneurs. Another highlight is the Nobel Prize medal won by physicist Subrahmanyan Chandrasekhar, awarded for his pioneering work on the death of stars.

Beyond Bollywood committee co-chairs Lakshmi Menon and Padma Rangaswamy have collectively put yeomen effort which has now culminated in grand success for the Indian diaspora to enjoy and be proud of.  “This exhibition grows out of a longstanding relationship between our two institutions,” said Menon, the co-chair of the Indo-American Heritage Museum’s Beyond Bollywood committee. She added, “In augmenting the Smithsonian’s narrative of the national Indian American experience with the local Chicagoland story, we had the benefit of the Field’s professional expertise and they were able to enhance their understanding of what matters to our community.”

Rangaswamy observed, “Interpreting our community and culture to wider audiences is a very important part of our mission. We are delighted that the community got involved and supported us so enthusiastically in this effort. This exhibition not only helps Indian Americans learn more about their own heritage, it also makes them feel they are an integral part of the city they call home.”

One of the few good connections between the colonial British empire and India has been cricket. Ashutosh Gowarikar depicted the love of cricket among a group of Champaner villagers in India by his 2001 film Lagaan. Now, fast forward to 2017 and we have a Lagaan rematch between South Barrington Cricket Club and The Fenders from New Zealand, England, and Australia on August 27th at 3 Tennis Club lane in South Barrington from 10 am – 4 pm. For those rare non-cricket lovers, the organizers have made alternate arrangements to enjoy kite flying. Refreshments will be provided and parking will be provided free of cost.

Speaking to HiINDiA, one of the senior cricketers of South Barrington Cricket Club, Dr. Kamlesh Amin seemed to be genuinely excited not only about the prospects of the cricket match but also the platform provided by concept of Beyond Bollywood. He said, “I am very proud of this museum and all of their activities. I urge our Indian supporters to come out to the museum in big numbers”.

Amita Banerji is a trustee of the Indo American Heritage Museum and is quite passionate about her work. While speaking to HiINDIA, besides the excitement of Beyond Bollywood, she noted, “Growing up in India, cricket was the most popular sport. In fact people in India are crazy about cricket.  As Indian Americans we have brought this love for cricket to America. As we build lives in our new country we try to replicate our longing for what was familiar.”

This effort of Beyond Bollywood is very commendable and I urge HiINDiA readers would make a trip to The Field Museum and respect the hard work put together by he organizers. Cricket match between two teams should create a nostalgic atmosphere for the Bollywood movie lovers.

Arteta says he expects changes at Arsenal next season

Kiwi players likely to depart for UK from Maldives this weekend: Gary Stead

Huma Qureshi on her B’wood journey

Russian media: 11 killed in a school shooting in Kazan

MCC rejects bamboo bats, says it will be illegal

Prioritise vaccinating those due for second dose of Covid-19 vaccine: Centre to states

Prioritise vaccinating those due for second dose of Covid-19 vaccine: Centre to states

J&K: Senior citizens who lost only earning member of family due to Covid to get special pension

Prioritise vaccinating those due for second dose of COVID-19 vaccine: Centre to states

Bhumi is overwhelmed with people’s support

NBC will not air Golden Globes in 2022

ICC to host CEC meeting to discuss rescheduling of postponed…