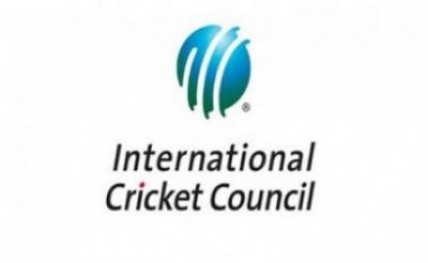 Images of Mahendra Singh Dhoni and his teammates holding aloft the 2013 ICC Champions Trophy are still vivid. At the finals, between India vs. England in a rain curtailed 20 over event, Ravindra Jadeja excelled with the ball scalping two crucial wickets and his 33-run cameo deservedly earned him man of the match award.

Overall this final in Birmingham left much to be desired except the favorable result for the India cricket fans. A reserve day for rain affected matches was not allocated which did irk several of the fans who ended up watching a much-abbreviated version of the Champions Trophy final match.

Not unexpectedly, India has retained the number one ranking in ICC Test Team Rankings following the annual update performed in May 2017. But the ICC Champions Trophy and its fifty over format will require the India team to put on a stellar show should a repeat of 2013 be expected.

Now, we have the 2017 edition coming up with eight teams converging at three venues – Cardiff, Edgbaston, and The Oval. These were the same venues that were used in the tournament four years ago. Sandwiched between the premier ICC Cricket World Cup tournaments, this is an elite ICC event which features only the top eight teams in the MRF Tyres ICC ODI Rankings with four and a half million dollars at stake.
In their defense of 2013 Champions Trophy title, India starts off with their arch-rivals Pakistan in Birmingham on June 4. While India can certainly boast of the fact that Pakistan has never beaten them in a World Cup event, Pakistan distinctly has the upper edge in ICC Champions Trophy matches. Pakistan boasts of their successes against India by winning the 2004 match at Edgbaston and subsequently the 2009 match at Centurion. India is in group B along with Pakistan, South Africa, and Sri Lanka.
Coming off a packed India Premier League (IPL-10) schedule, the players would quickly have to acclimitise not only to the 50 over format but also the weather conditions in England.
Over the last few years, there is unquestionably way too much cricket which does predispose cricketers to unexpected injuries. Ravichandran Ashwin could not play in the entire season of IPL-10 and is now getting ready to become India’s strike spin weapon. Another example where injury affected an Indian player was Manish Pandey – side strain sustained during an IPL practice session. Mohammed Shami also will be returning to the team following his injury recovery. With modern day physiotherapists and kinesiology experts at hand, the training and return to cricket has become quite scientifically driven.
India certainly has a strong team headed to England with a good mix of batsmen, spinners, and all rounders. With the wisdom of Mahendra Singh Dhoni and the invaluable experience of Yuvraj Singh, Skipper Virat Kohli would be quite satisfied with the team he has been given by the selectors. Although Kohli did not come out with all cylinders firing during the IPL season for his Bangalore based franchise, given the Champions Trophy at stake, there would be little doubt about the drive and passion of India’s skipper.
It should be an exciting tournament for India with three initial matches against Pakistan, Sri Lanka, and South Africa. Purely on paper, one would pencil India into the next phase of the event. But, strange things can happen in cricket with injuries to key players, a crucial toss, rain and weather contributions, and decisions for player selections. Key ingredients are present for a successful recipe in this India team to hope for back-to-back an ICC Champions Trophy triumph.
India Team : ICC Champions Trophy 2017
Virat Kohli (captain), Shikhar Dhawan, Rohit Sharma, Ajinkya Rahane, M.S. Dhoni (wicket keeper), Yuvraj Singh, Kedar Jadhav, Hardik Pandya, R Ashwin, Ravindra Jadeja, Mohammed Shami, Umesh Yadav, Bhuvneshwar Kumar, Jasprit Bumrah, Dinesh Karthik

We deserve to be in the final: Rohit Sharma

An app which can help you land an airplane