For Pathak, it was a hugely humbling moment to be sharing the same podium where such industry stalwarts were being honored. Recalling the moment when she got to know about the award, she describes it as the most pleasant shock ever. She says, “About a month before the ceremony when my office received a mail, we were stumped with joy but at the same time very humbled. When my friend, who read the mail to me said, that I have already being chosen for the award and it is not a nomination mail, I knew that all my hard work over the years have been recognized but was extremely surprized .” 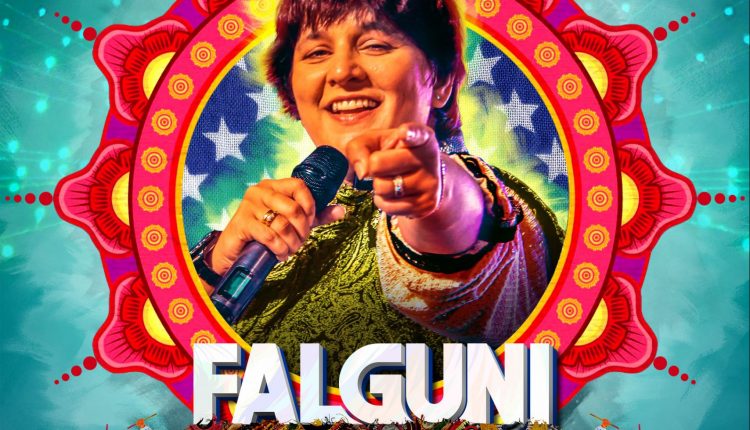 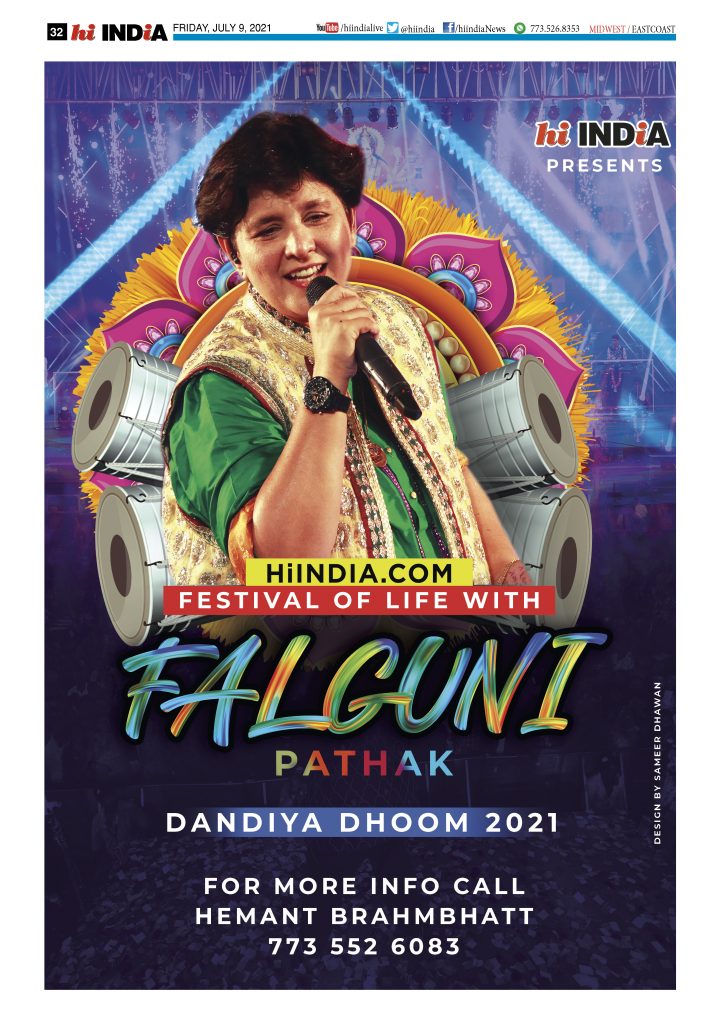 India’s reigning dandiya queen Falguni Pathak, who was bestowed with the prestigious Dadasaheb Phalke Award in Mumbai last week talks about music, her global fan-base and the recognitions that humble her…

When she sings she feels the whole universe is strumming a tune with her; when she dances she feels the pulse of passion vibrating in every pore of her being. Perhaps, it is this infectious energy that captivates her audiences and makes her music memorable.
Falguni Pathak, the talented singer and performer can be credited not only with popularizing the traditional music from Gujarat all across India but also with bringing it to the global audiences. Pathak’s impressive contribution in the field of music recently received an apt recognition, when she was awarded with one of the most highly respected awards in Indian cinema – the Dadasaheb Phalke Excellence Award for 2017. That Falguni won an award in a special category – dandiya queen, especially conferred for her, made the celebrations even more imposing for her.
Considered as one of the highest honors in the Indian entertainment industry, the awards are given out every year, to people who contribute extraordinarily towards the growth and recognition of Indian cinema. Awarded by the Directorate of Film Festivals, an organization set up by the Ministry of Broadcast and information Technology, the awards, which were first, initiated in the year 1969 by the Government of India in recognition of legendary filmmaker Dadasaheb Phalke have continued to set a benchmark in acknowledging the most deserving from Indian cinema. The earlier recipients have been biggies such as Raj Kapoor, Lata Mangeshkar and Yash Chopra amongst others. This year the ceremony had esteemed winners including Hema Malini, Aishwarya Rai and Javed Akhtar.

THE BIG MOMENT
For Pathak, it was a hugely humbling moment to be sharing the same podium where such industry stalwarts were being honored. Recalling the moment when she got to know about the award, she describes it as the most pleasant shock ever. She says, “About a month before the ceremony when my office received a mail, we were stumped with joy but at the same time very humbled. When my friend, who read the mail to me said, that I have already being chosen for the award and it is not a nomination mail, I knew that all my hard work over the years have been recognized but was extremely surprized .”
The fact that Falguni has been relentlessly promoting traditional folk music and bringing it to the younger generation is quite a commendable job in itself, did she then anticipate such an award coming her way? The singer in a very nonchalant way admits, that she does her job with a lot of passion and does not think about what may follow. She says, “I have always worked with lot of love and have not aimed for anything to come my way. I would attribute my success to my God who makes way for me.” She adds, “The fact that I received the award in a special category created for me makes it even more noteworthy for me.”
Talking about award functions, not just in Hollywood but also in Bollywood now, a lot of effort goes into the preparation for the recipients too. So, did she also carefully plan her outfit or her speech for the ceremony? Falguni says, “I did nothing and I didn’t even prepare a speech. On the stage I just spoke what came to my heart at that moment. For me, the fact that I was chosen was enough and I wanted to show my gratitude in the most honest way that I felt. I did not rehearse anything, I was just happy and humble and I hope it showed.”
Post her award celebrations; the calendar looks choc-a bloc for the singer. She will be touring the United States in September and then again later this year for her dandiya tour. Falguni says, “We usually do a tour during Navratras but this year God willing we will be doing more than one tour.” The lady who receives as much love from Indian diaspora abroad says, “I have performed almost all over the globe and everywhere I have received the same warm reception. It has never felt that I am outside of my country or not with my people. With the only exception of Japan and China, where Falguni is yet to tour her fan base extends from Australia to America. She says, “Given a chance I would also want to perform at China and Japan and show them the magic of Indian music.”

MORE WORK, LESS TALK
Back in 1998, when Falguni came up with her first commercial album, Yaad Piya ki Aane Lagi, it was an instant success. Falguni who was already popular as a dandiya performer in Gujarat suddenly became the nation’s new favorite songstress. She repeated her success with another mega-hit album in 1999, called, Maine Paayal Hai Chhankayi, and she was in the spotlight as this new folk meets pop performer who intrigued a whole generation of youngsters to look beyond western music at our own wealth of music. Did she realize it that she was in a way starting a whole new movement. Falguni says, “When I was approached to do an album I was very enthusiastic. I was confident that our music had the mood to impress everyone however we were not prepared for such a big success. I remember when my first song became an overnight hit we would watch television and dance alongside.” But audiences have also missed her, as she has not come up with an album for sometime now. She says, “I would love to do the kind of albums I did but slowly the music scene changed and today I feel that we do not have the same innocence the songs of those time had.”
Falguni also is a bit of a media recluse. Despite busy touring various continents almost around the year she makes little or no noise about her work. She smiles and says, “I have always been more of a performer and less of a communicator. It doesn’t come naturally to me to talk about myself. I am happy to know that my fans want to know more of me though.”

MUSIC IN MY BLOOD
Growing up, Falguni admits that music lovers surrounded her. She says, “Although I never learnt classical singing, my initial introduction to music was through my family. Both my parents and my sister loved singing. I remember growing up in our house the radio was always on and we were always listening to music. We listened to a lot of Hindi film songs as well as regional songs. My musical instincts are a result of that true and raw love for song and dance. I never took it as a chore to accomplish but always as a passion to excel in.”
The results, need we say are there for everyone to see!

Biden orders mandatory masks for all federal workers and visitors

‘Come into my office & arrest my entire staff’: Capitol Police ordered to ARREST…

China’s possible involvement in Afghanistan could be a ‘positive’ development, US…

Mask or no mask? Biden covers up to meet Belarus activist, goes bare-faced in…

US military resumes joint operations with Iraq against ISIS

NOFN to usher in e-commerce explosion in India: Prasad

T20 World Cup set to be moved out of India, ICC intimated…