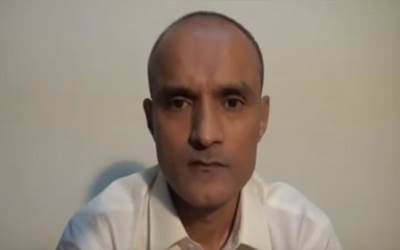 Islamabad, April 13 (IANS) Warning that the sentencing of an alleged Indian spy can cause "lasting harm" to India-Pakistan relations, a leading Pakistani daily urged "cooler heads" in both countries to take charge.

"The conviction for spying and sabotage of Kulbhushan Jadhav has the potential to inflict lasting harm on bilateral relations if not handled sensibly," the Dawn said in an editorial.

"The disappearance of a retired Pakistani military officer in Nepal in murky circumstances suggests that the spy wars between India and Pakistan are spiralling in unpredictable directions," it said.

"The fear is that the leaderships of the two countries are locking themselves in an action-reaction cycle that may eventually turn into open conflict.

"From there, ratcheting down tension and pulling back from the brink would be far more difficult. So now is the time for cooler heads to prevail on both sides."

India has warned that if Pakistan executes Jadhav, who was arrested in March 2016 and charged with espionage and waging war against Islamabad, it would amount to "premeditated murder".

"What is the policy outcome that is being pursued by engaging in spy wars?" the Dawn asked.

Another newspaper, The Nation, said Jadhav’s fate "is not set in stone" and asked India to discuss Jammu and Kashmir with Pakistan.

"Having gotten India to claim ownership of Jadhav – and by extension his spying activities – Pakistan, after the longest time, is in a position to dictate the media narrative over this case, and it must do this expertly.

"All India needs to do is to tone down the hawkish stances and come to the table willing to talk Kashmir," it said.