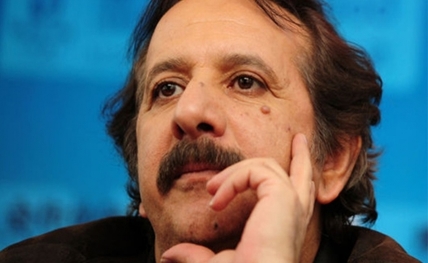 Mumbai, April 7 : Veteran southern actress G.V. Sharada, who is returning to face the arc lights after 15 years, is glad to make her comeback with renowned international filmmaker Majid Majidi’s "Beyond The Clouds".

Sharada, who hails from the family of Gubbi Veeranna, pioneer of south India’s theatre movement, plays a pivotal character named Jhumpa in the film.

"I’m so glad to be making my comeback after 15 years for director Majid Majidi, whom I consider a cinematic God, and for a story as beautiful as ‘Beyond The Clouds’. I am extremely thrilled and looking forward to working with such a phenomenal team," Sharada said in a statement.

Produced by Zee Studios and Eyecandy Films, the project is Majidi’s Indian story for a global audience.

Based on human relationships, the film covers the nuances of a brother-sister relationship that offshoots into many more interesting situational aspects – a style Majidi is well known for.

The film stars Ishan Khatter and Malavika Mohanan in the lead.

When Salma Hayek Revealed Donald Trump Hitting Her, Asking Out & Telling Her…

Pranati Rai Prakash Opens Up About Character Sumii In Cartel, Adds It Was A Great…

Yung Raja On Paying Ode to Rajinikanth: “I Wanted To Celebrate His Supremacy In My…

Mimi: From Kriti Sanon, Pankaj Tripathi To Sai Tamhankar – Vote For The ‘Best’ From…

Drashti Dhami On Her Look In The Empire: “It Reflects Royalty But Also Allows Me To…

Shilpa Shetty Defamation Case Gets A Reply From Bombay HC, Court Says “Reporting Of Something That Police Source Said Is…

Rs 2.5L in cash seized from residence of Tamil Nadu…

Man Gets 2-Year Sentence for Hiding Brother Who Killed…