Social media users should be prepared to face abuse: Amitabh 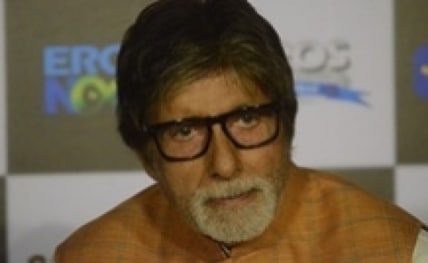 Mumbai, March 1 : Bollywood megastar Amitabh Bachchan, who is an active blogger and uses different social networking platforms to connect with his fans, said that he is often trolled on this media and he is used to it.

"If you are on social media, you should be prepared for abuse," he said at the trailer launch of "Sarkar 3" on Wednesday, in response to a query if expressing oneself on social media platforms is a challenge nowadays.

However, the megastar declined to comment on the controversy over Delhi University student Gurmehar Kaur.

"What I feel about the situation is completely my personal opinion. But if I disclose, it will become public," he said.

At the professional front, the 73-year-old actor will be seen reprising the role of Subhash Nagre in Ram Gopal Varma’s "Sarkar 3", which also stars Manoj Bajpayee, Jackie Shroff, Amit Sadh and Yami Gautam. The film is all set to release on April 7.

Trump wants to capitalise on positive acceptance of speech