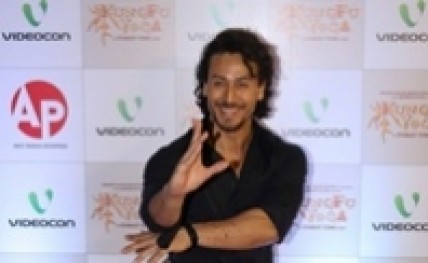 Tiger, who attended the premiere of the movie here on Thursday, said: "Jackie Chan has been an inspiration for me. However, I feel I am not even one per cent of him. I try to work hard and be creative in action sequences."

Daisy Shah, Krushna Abhishek and Remo D’souza were among the other celebrities who attended the premiere where the film’s Indian cast members Sonu Sood, Amyra Dastur and Disha Patani were excited about the feedback.

Sonu, 43, said: "For the last one and half years, we’ve been working hard on this film. Now it is the time of release and I am looking forward to knowing the reaction of the audience. As of now, reviews are very nice, so I am hopeful that audience will like the film."

Amrya said the family entertainer has "nothing bad", while Disha said: "I’ve done my job and now hoping audience enjoy my performance and get thrilled."

The action-adventure-comedy film is written and directed by Stanley Tong.

Russian paralympians have a year to enter 2018 Games

Eager to play Juventus’ most important match in 12…

Citizenship Act has provision for Muslims from Pakistan,…