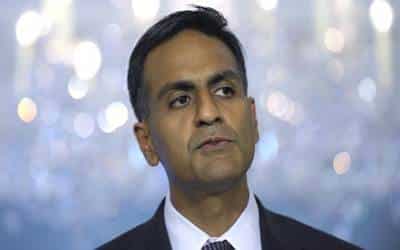 US support to India’s role in South Asia to continue Kolkata, Dec 14 (IANS) US Ambassador to India Richard Verma on Wednesday batted for boosting digital infrastructure in South Asia and affirmed his country’s support to India in bringing the region together.

"Having the right software for connectivity is arguably more important than hardware of connectivity. In this endeavour, US stands as your partner… from the hardware to software, we will continue to strongly support your efforts to bring this region together," Verma told the Indo-Asia Connectivity for Shared Prosperity conference here.

Bridging digital divide is instrumental to ensuring citizens can take advantage of the new digital economy, the US envoy said.

"We are experiencing one of the largest technology transitions in human history; the coming decades will see successive transformations in energy, bioengineering, robotics, artificial intelligence, genetics, cyber warfare – you name it," Verma said.

This digital transformation, he said, is expected to generate as much as $19 trillion in economic value over the next decade.

"Here in South Asia, the right investments in digital infrastructure will allow communities to leapfrog developmental challenges and further break down barriers posed by distance, geography, and governments," he said.

Verma also vouched for "building a common vision based on shared values and norms and open network of exchange that fosters innovative ideas and solutions".

"I want to mention two areas of connectivity that probably don’t get enough attention. The first is virtual connectivity, by which I mean enhancing digital connections across the region. And second is strengthening the connectivity of shared values and ideas — can you have real connectivity without a common view of what is urgent, important or even objectionable," he posed.

He noted that the Indian government is "making important progress in expanding broadband access through Digital India program" which is supported by many American companies.

"Connectivity is more than constructing bridges and airports. It doesn’t mean you need to have same political systems or philosophy stretching across borders because we don’t," he said.

Highlighting that "building digital infrastructure cannot be ignored", the envoy pointed out large-scale infrastructure projects, while important, do face many challenges.

"… whether it is financing, land acquisition, or government red tape. Many states and citizens have been left holding the bag and the bill for large scale international projects that promised the moon, but delivered only cement," he said.

He said: "Values matter and especially those values that are universal in nature."

Speaking on protecting vulnerable populations, combating trafficking, tackling terrorism and insurgency, Verma said a region that shares strong values like these will be naturally drawn together.

Although implementing this will be a challenge, Verma observed, strong regional organisations, inter-governmental agreements, and regional events like this one can help nurture a network where shared values and common operating platforms "can become the norm, not the exception".

"Take trade as an example. According to the World Bank, if barriers were removed and customs procedures streamlined, intra-regional trade in South Asia could increase from the current $28 billion to over $100 billion," he elaborated.

"Unfortunately, South Asia today is one of the least economically integrated regions in the world; intra-regional trade as a percentage of total trade in the region has languished between four and five percent. Compare that to ASEAN where intra-regional trade stands at 25 per cent," Verma added.

"And while the connectivity challenges are real, there are also important success stories and examples of what expanded connectivity can look like," he said.

Mobile telephony services continue to be affected in Chennai