Indian American elected for first time to US Senate 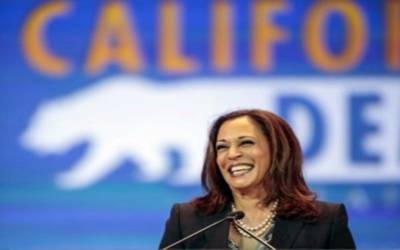 New York, Nov 9 (IANS) Kamala Harris made history on Tuesday, becoming the first Indian American elected to the US Senate.

She defeated her fellow-Democrat Loretta Sanchez in California to also become the first Indian American woman elected to Congress.

"Winning of Kamala Harris is another feather on the cap for the Indian American community," Thomas Abraham, Chairman, Global Organization of People of Indian Origin, told IANS.

"Winning Senatorial seat combined with several congressional victories has made the community somewhat reach its goal of political involvement," he added.

This will also help the US and India to come closer as a global partner in trade, investment, education, science and technology, military cooperation and fighting terrorism.

Senators are elected by the entire electorate in their states.

A victory is significant because California is the most populous state in the nation with 18 million voters.

Harris, 52, who traces her family roots to Chennai, is a lawyer by profession and was twice elected Attorney General in 2010 and 2014.

Harris has a dual identity: She is also counted as an African American as her father is a Jamaican of African descent and she follows the Baptist faith.

She would become the second American woman of African descent elected to the Senate and she joins two other African Americans in the Senate.

After her parents divorced, Harris was raised by her mother Shyamals Gopalan, a cancer specialist from Chennai, giving her equal claim to Indian heritage.

She is married to fellow lawyer Douglas Emhoff.

Harris succeeds Democrat Barbara Boxer, a Democrat who is retiring.

The first Indian elected to Congress is Dalip Singh Saund, who won from California in 1956.

‘They won’t ask questions on point’: Biden tells PM Modi not to answer to US press…

Elon Musk and Grimes split to cavalcade of memes, insisting they still ‘love each…

Biden blasts horseback Border Patrol officers, vows they ‘WILL PAY’ for trying to…