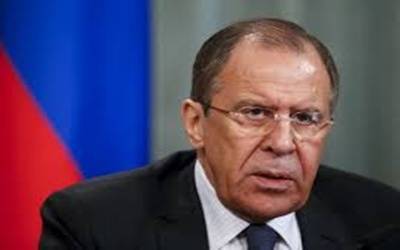 Relations with US have fundamentally changed: Russia "Washington has unilaterally started to deteriorate the relationship with Moscow even before the Ukrainian crisis, and now it’s time to admit that relations between the two countries have undergone fundamental changes," Xinhua news agency quoted Lavrov as saying in an interview with the Russian TV Channel One on Sunday.

Lavrov said Washington policies on Russia are based on "aggressive Russophobia" and their implementations are hurting Russia’s national interests and threatening it’s security.

"The approach of the NATO (North Atlantic Treaty Organization) and its military infrastructure along our borders, the deployment of the US heavy weapons, and also the sanctions are a manifestation of unfriendly, I would say, hostile actions," said Lavrov.

Earlier this month, Washington suspended negotiations with Moscow on restoring ceasefire in Syria, slamming Russia for a military role in the attacks on the Syrian city of Aleppo.

Russia, in return, has called a halt in cooperation programmes with the US in the nuclear and energy fields.