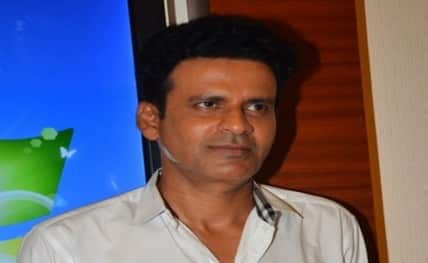 Mumbai, July 27 : Actor Manoj Bajpayee took the radio route to promote his forthcoming film "Budhia Singh – Born To Run", and lauded the reach of the medium.

The actor became a part of the Salim-Sulaiman concert on Radio City’s Gig City – live radio concert by Radio City 91.1 FM — to promote his film. It will be broadcast on Friday, read a statement.

The actor also drew parallels with how the concert is in sync with the message that the film aims to impart.

Manoj will be seen essaying the real life character of Biranchi Das — who coached a boy named Budhia to run for marathons, in the biopic "Budhia Singh – Born To Run".

"By the age of 5, Budhia Singh had run 48 marathons and believes till date that he was Born to Run; his talent is his only true passion. Likewise, Radio City’s new property Gig City nurtures the passion of hundreds who love music – bringing them their favourite singer’s right to their homes/offices at no cost," Manoj said.

He added: "I am looking forward to the upcoming Gig City and promoting my film through the same."

Kartik Kalla, Executive Vice President and Head – Programming, Marketing & AudaCITY, said: "We are extremely elated to associate Gig City with Budhia Singh which exemplifies the passion, the drive, the fervour that we at Radio City and our listeners can identify with."

Manoj will not only attend the live concert, but will also speak to the host RJ Salil backstage during the concert breaks.

The plot of the story revolves around the life of Budhia Singh, who ran a record-breaking 65 km from Puri to Bhubaneswar in 2006 at the age of four and found a place in the Limca Book of Records. He was coached by Biranchi Das, who was actually a judo trainer. (bollywood country)

Apple’s net income down 27 per cent in third quarter

ITBP commandos back from Afghanistan