I’m not one to back out of a commitment: Arshad Warsi 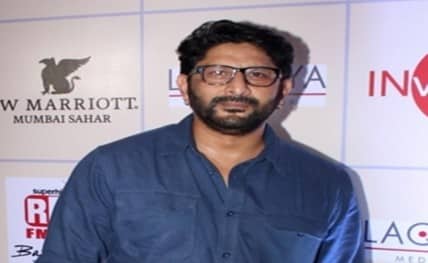 Mumbai, July 27 : Actor Arshad Warsi has shot down rumours of leaving the promotions of forthcoming film "The Legend Of Michael Mishra" in the lurch. He says he is "not the kind of actor who backs out of his commitment".

There were reports that now that the Aditi Rao Hydari, Arshad and Boman Irani-starrer film is ready to release two years after being completed, the cast is "in no mood to promote it". But the stars have a different story to narrate.

"I am not the kind of actor who backs out of his commitment. ‘Michael Mishra…’ is my film… Why would I refrain from promoting it? I have had to request the producer of ‘Bhaiyyaji Superhit’ to push my dates so that I could promote ‘Michael Mishra’," Arshad said in a statement to clear the air around the "baseless information".

Despite having prior commitments, the actors are promoting the film, which is releasing on August 5.

Manish Jha, who has directed the film, also shared that the "promotions of the film have just kicked in and I am in constant touch with my cast and crew".

He said: "They all are extremely excited about the project and you will see them promoting the film at various promotional events. The rumours doing the rounds in the media about their unavailability for the film is utterly baseless and will be proved wrong in the coming days."

"The Legend of Michael Mishra" is a complete Patna-Bihar romance-comedy. Arshad plays a Patna-based gangster Michael who falls in love with Varsha (Aditi). Varsha wants Michael to change his lifestyle and thus, he decides to live a clean life which is not easy as his past keeps haunting him. (bollywood country)

It’s Harry Potter all the way

We are ready to open retail stores in India: Tim Cook

Will speak up if I face sexual harassment, says Gauahar