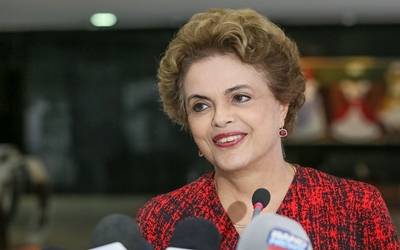 Brasilia, July 1 (IANS) Brazilian President Dilma Rousseff, currently suspended from office due to a controversial impeachment process, managed to raise $155,000 in one day to pay for her travels in a bid to strike back at what she called "an attempted soft coup".

Two long-time friends of Rousseff started the "Journey for Democracy" crowd-funding campaign on Wednesday, and by Thursday evening, it had raised the bulk of a planned $155,000, according to online figures.

Some 5,300 Brazilians — only citizens can contribute, not companies — pledged money to Rousseff’s campaign. Contributions went from $3 to $1,556, Xinhua news agency reported.

The goal is to raise money for Rousseff to keep on travelling around the country to advocate the illegitimacy of the impeachment process. The first female leader of the country has been accused of breaking budgetary rules to help win re-election.

Rousseff was suspended on May 12 when the Senate voted to put her on trial. Since she has been travelling around the country wooing support, but interim President Michel Temer prohibited her from using official planes, forcing her to resort to chartered flights.

Rousseff’s stance on the impeachment being a coup gained strength over the past few weeks, as recordings of opposition politicians referred to the impeachment as a move to stop ongoing corruption investigations.

Earlier this week, a team of experts called by the Senate to analyse the impeachment accusations declared that Rousseff committed no crime in the budget irregularities of which she is accused.

Senate President Renan Calheiros said Thursday final vote on the impeachment was scheduled for a day between August 25 and 27.

Newspaper surveys of senators suggest Rousseff is likely to be found guilty. If so she would be permanently replaced by Temer, her former deputy.

I need a dog not a man: Nargis Fakhri (Movie Snippets)