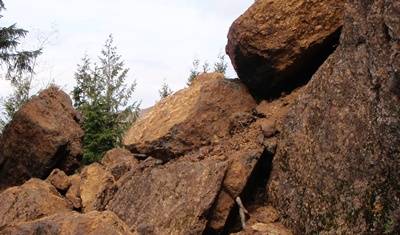 Seven killed in Afghanistan as rock-slide slams their house Kabul, April 12 (IANS) At least seven people were killed when a huge rock slid down a mountain slope and slammed their house overnight in Afghanistan province of Kunar, police said on Tuesday.

"The incident took place in Chawkay district around Monday mid-night. Those killed included a couple and five of their children," Xinhua news agency quoted a police official as saying.

"The house was destroyed by the sliding rock in the mountainous province. Heavy rain in recent days has caused the incident," he said.

The country was also rocked by a 7.2-magnitude earthquake on April 10.

Chat in Hindi on Yahoo Messenger

Blast on board bus in Uganda was suicide bomb attack by ISIL-affiliated group, police…